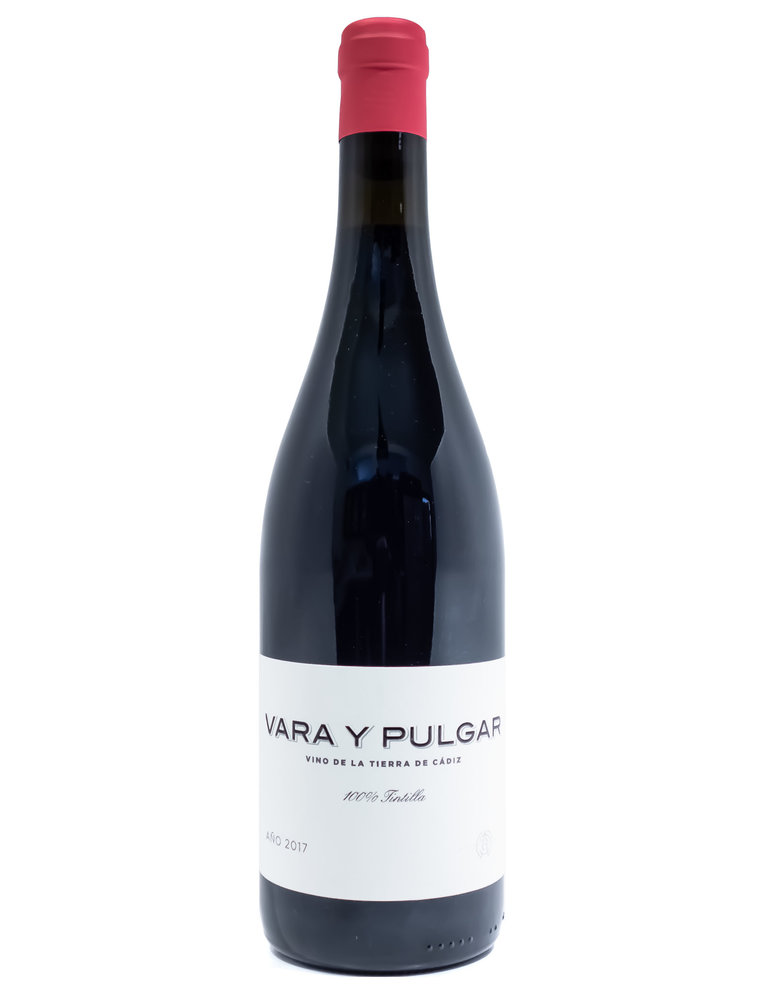 New wine from an old grape. Tintilla used to be a widely grown variety in the Jerez region of southern Spain until a century ago, when phylloxera wiped out most of the plots of tintilla and other local grape varieties. More recently, research has shown tintilla to be genetically identical to graciano (one of the component varieties of Rioja), though tintilla produces lower yields and generally softer tannins. Not to mention that graciano is generally only grown in the north. Enter winemaker Alberto Orte, who managed to reestablish some tintilla vines in the Cádiz area from cuttings taken from abandoned vineyards that survived phylloxera and nearly a hundred years of neglect. Planted in 1993 in the light, porous, chalky soil known as Albariza, Orte’s vines have developed a beautiful mineral character that complements the bright acidity characteristic of the grape. Aged twelve months in oak vats (40%) and concrete tanks (40%), it sits an additional eight months in French oak barrels. The nose is complex and savory, with smoky plum, black raspberry, and herbal elements; a touch of oak lends warmth on the palate, with ripe but understated fruit and a spicy finish that lasts. Organically grown, vegan.