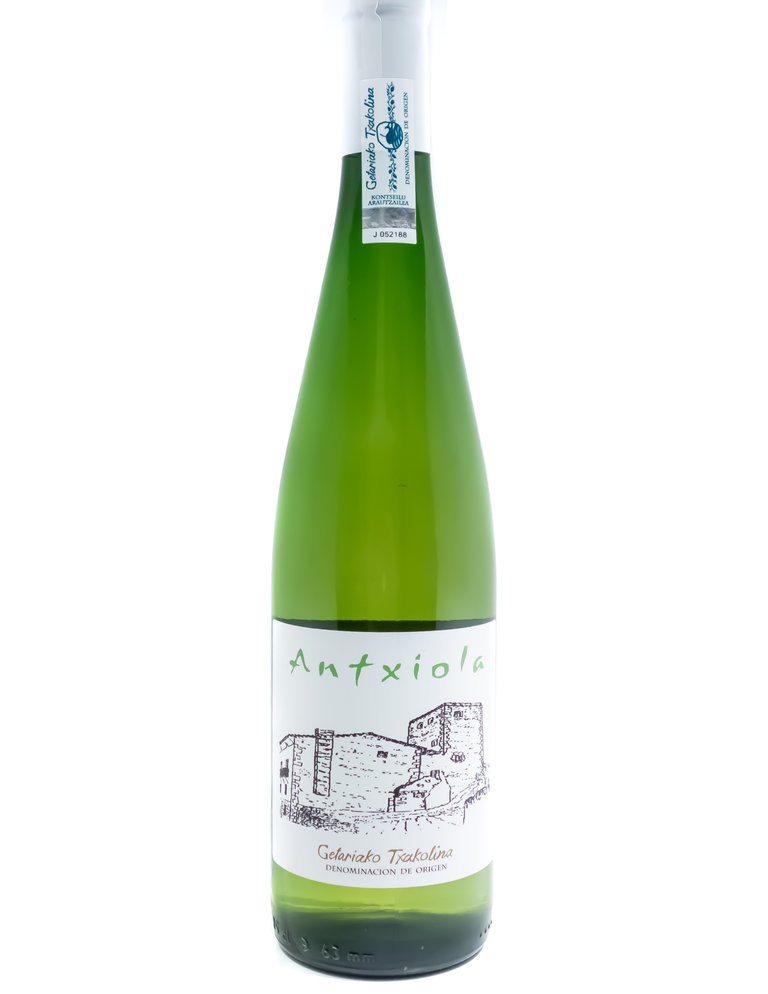 $17.99
8 In stock
Antxiola Getariako Txakolina DO Blanco 2021
Share this product:

Antxiola (ahn-cho-la) is a txacoli wine made by Bodegas Zudugarai. The winery was founded in 1989, the same year that the DO of Getaria Txakolina was founded. For over 40 years the Errasti family has been making wine from the local grape varietals of hondarrabi zuri and hondarrabi beltza, tending vineyards on the clay rolling hills near the coastline of the Bay of Biscay and the French border. The name Antxiola refers to a famous fortified home in the nearby town of Orio that was part of the walls fortifying the town. Famously owned by Admiral Antxiola, the house dates back at least to 1555, and is featured on the label. The sunniest and windiest slopes are the ones planted to vines so that the grapes can ripen while avoiding fungal and rot issues. All work in the vineyards is done by hand, including harvest. Fermentation takes place in stainless steel tanks with native yeast. The wine is then bottled while young to retain some of its natural effervescence. 90% hondurrabi zuri and 10% hondurrabi beltza, this vivid white conjures scents of lime, green apple, lemongrass, fennel and a touch of salinity. Crisp and bright on the palate with a complex and lengthy finish - try this with baked clams or grilled scallops. Organically grown.