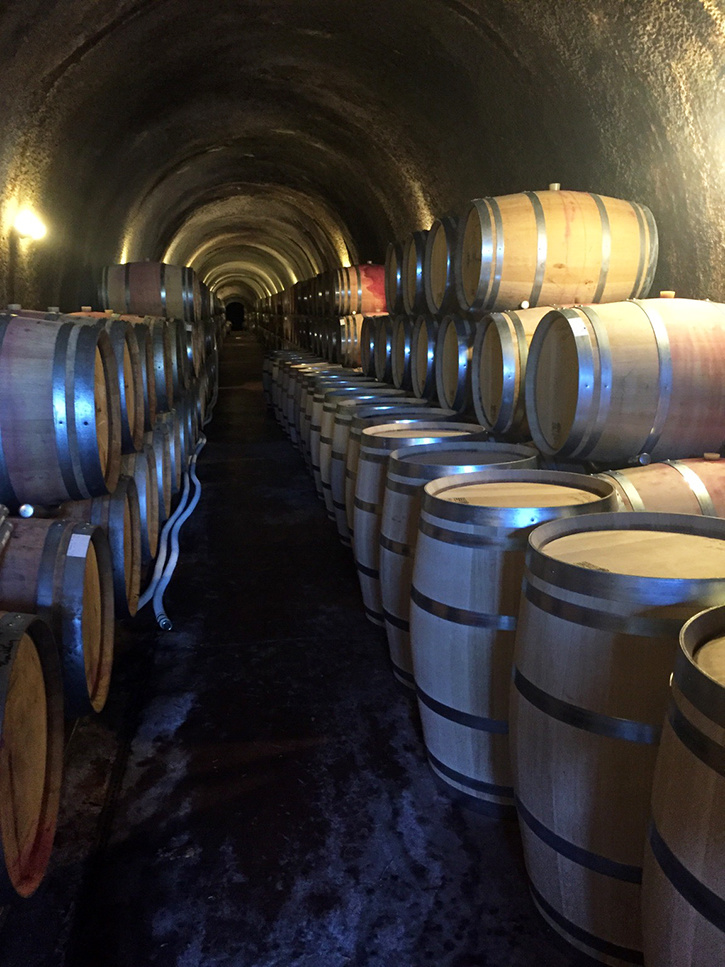 Dunn Vineyards and the fires...
On August 17, 2020, the immensely destructive Hennessey Fire erupted on the east side of Napa County. Sadly, these decimating fire outbreaks have become annual events in wine country rather than occasional casualties or corrections to unchecked growth. As the fire quickly spread, it threatened homes and vineyards alike. As I followed the spread of this fire, I was even more horrified as I had just visited the area in late February. Considering the well documented events since then, it feels as though I was just there, and yet, as if my visit should be counted in years rather than months.

One of the producers I had visited was Dunn Vineyards. Proprietor Randy Dunn acted quickly to save his property from certain destruction. He wrangled volunteers to cut a 2.5 mile firebreak to protect the families, homes and vineyards on Howell Mountain. While this saved much of the area, the threat to Howell Mountain was far from over. In late September, the Glass Fire broke out and caused more destruction than Hennessey had exerted. Fortunately for now, the winery and vineyards appear to have been spared, but many have lost prized possessions. As always, the workers who help farm these great properties are likely to be hit hardest. What follows are my reflections from that February visit that I had eagerly awaited and am excited to share with you. While the great wines of Napa may not be regular extravagances, they often deliver immense pleasure and most Napa vintners support entire teams and the land. I assure you, the Dunn family is as caring as you will find.

When I visited earlier this year...
Driving up Howell Mountain, on what can only be described as a perfect Napa Valley February afternoon, was more than a pleasant experience. As I drove through the town of Angwin, I began approaching the entrance to Dunn Vineyards when the GPS confidently declared I had arrived at my destination. Before me were two driveways about 15 yards apart. Thanks to a history of using navigation on many such trips, I chose the right one. As I drove through a gate, I began to see the original property Lori and Randy Dunn purchased in 1978. The spot was an 1890 stagecoach stop and was later purchased by Caymus Vineyards for winemaking purposes, before they sold this to the Dunns, Randy having worked for them at the time. (In fact, the first three vintages of Dunn’s were vinified at Caymus.)

I was greeted by Kara Dunn, who is married to Randy and Lori's son Mike. Even before we began to walk the grounds, it was apparent the property is the antithesis of the large wineries located on Route 29 in the valley. No large parking lot, no large sign, no massive tasting room, and no kitchen cooking up tasty treats. Don’t misunderstand, I enjoy those experiences too, they’re just not part of a visit to Dunn. 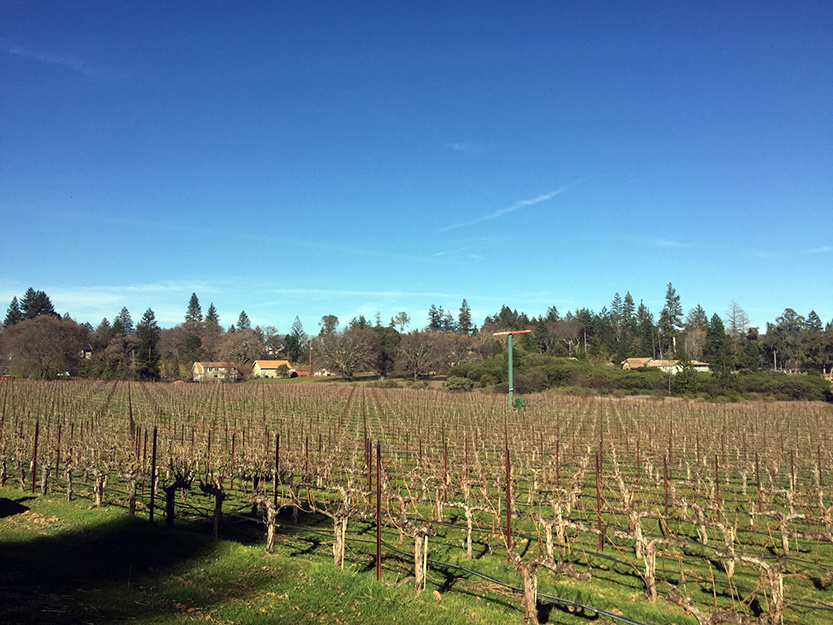 Kara first toured me on the cellar that was dug in 1989, where the entire Dunn inventory is stored and aged. Then as we arrived at the vineyards, I discovered something I had been completely unaware of, the reddish, nutrient-rich soils on Howell Mountain. The color was due to the iron found in the soil and on a textural note, are clay and loam. These tend to retain moisture and are known to create concentrated, powerful wines. Randy later told me that this soil dominates the appellation except around the also-historic La Jota property, the winery founded by Bill Smith, where volcanic Tuff predominates. Randy worked with Smith in 1982; they would become integral in the establishment of the Howell Mountain AVA, a Napa Valley sub-AVA, that was approved in 1984. The area was the first “mountain” AVA in Napa.

It's hot on the mountain...
The mountains in Napa are different than the valley floor. Howell Mountain is largely based on elevation, 1,400 ft to 2,600 ft. At these heights, the temperatures and exposure are quite different than valley floor areas. Here there is intense sunshine throughout the day and in particular in the morning when much of the valley is shrouded in cloud cover pulled in from the San Pablo Bay. The temperatures in the morning are cooler due to the elevation, but as the valley warms over the course of the day, that heat rises up into the mountains, which creates surprisingly warmer conditions in the evening and early night. Due to this shift, the daytime to nighttime temperatures on Howell Mountain have a smaller swing than locations of the valley floor. This additional heat creates a level of intensity that is not typically seen in lower elevation sites.

The oldest vineyards were recently replanted, but the soils here keep the vines to low vigor levels so even younger vines produce a bit less than other areas. These soils also drain well, which is essential for growing high quality Cabernet Sauvignon. Randy sees his own contributions on the viticultural side. I asked him, in those terms, what people might be surprised to know about Howell Mountain from a grape growing perspective. He replied, “The threat of mildew.” Like the rest of Napa in the summer, rain on the Mountain is uncommon. However, due to the increased warmth, condensation can be an issue, and he’s occasionally had to treat the vines to prevent mildew from inhibiting photosynthesis and thus ripening. His wines rarely lack for concentration and complexity, as I was soon happy to rediscover.

Tasting from a time capsule...
When tasting a wine from Dunn, it’s like opening a time capsule. The wines retain an amazing amount of acidity and tannin, making these wines seem so much younger than their vintage would indicate. Having previously tasted wines from the 90’s, I was startled at the longevity of the wines. Both the Howell Mountain bottling and the Napa release, which is a blend of Mountain fruit with a small amount of valley floor fruit, were ready to pair with a well marbled steak or hearty vegetarian stew. Mike Dunn returned to work in the winery in 2000, after working at another historic winery, Chateau Montelena. When Mike arrived, Randy was using just a single barrel maker (Vicard) with oak from just one forest in France (Nevers). The Dunns had some issues with “brett”, a yeast that many beer-geeks will know, in the early 2000s. When kept in check, it can add an earthy, barnyard, or leathery component to wines, and beers for that matter. However, this yeast can easily run amuck. So the Dunns responded swiftly and began replacing old barrels with new to help eradicate the issue, with Mike spearheading a move to experiment with more barrel makers and other forests. They now use about a half dozen coopers and also use a bit more sulphur to maintain the cleanliness of the wines. 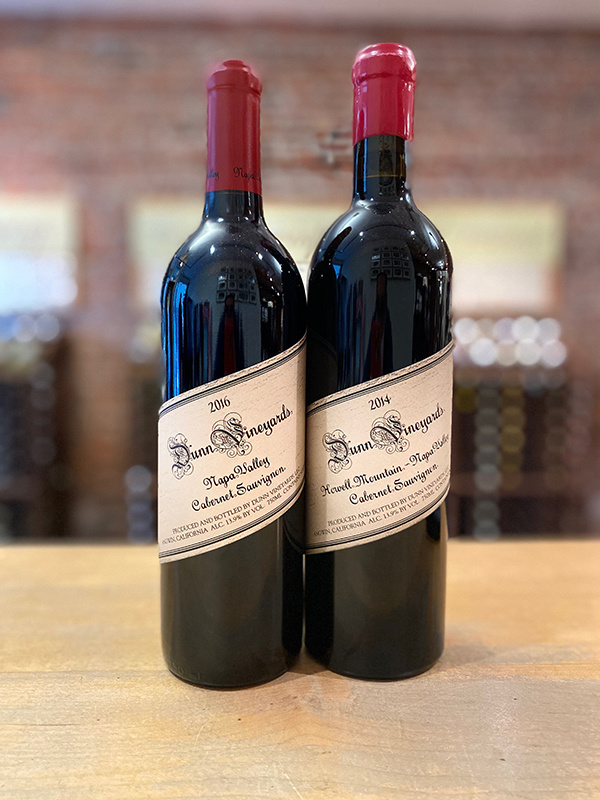 Tasting through the more recent vintages with Kara, it became clear that the style of the wines has evolved somewhat over time. They are more fruit forward and approachable at a younger age. Tasting the 2014 Howell Mountain Cabernet Sauvignon, I could smell the still-primary fruit but with (perhaps suggested from my vineyard tour) a hint of iron-y elements reminiscent of the soils. It was immediately easy to see the ripening potential of Howell Mountain, but also the generous 2014 vintage. The tannins were softer and very polished in profile. Flavors lean towards brambly fruit with a pop of umami on the finish. Undoubtedly, the combination of changes in the production, climate change, the increased age of the vines, as well as the influence of Mike Dunn have focused the wines. The wines still have all the structure Dunn Vineyards has become known for, but now offer more accessible fruit in youth. The same is true for the 2016 Napa Valley Cabernet Sauvignon, offering immediate enjoyment and with floral and red fruit notes guiding the palate.

Dunn Vineyards is an iconic Napa Valley winery. The wines have more than stood the test of time, they continue to excel and deliver enjoyment at an unusually high level. I hope you’ll enjoy these wines with close friends and family and think about the Dunn family still working on Howell Mountain to create the greatest expression of the area. 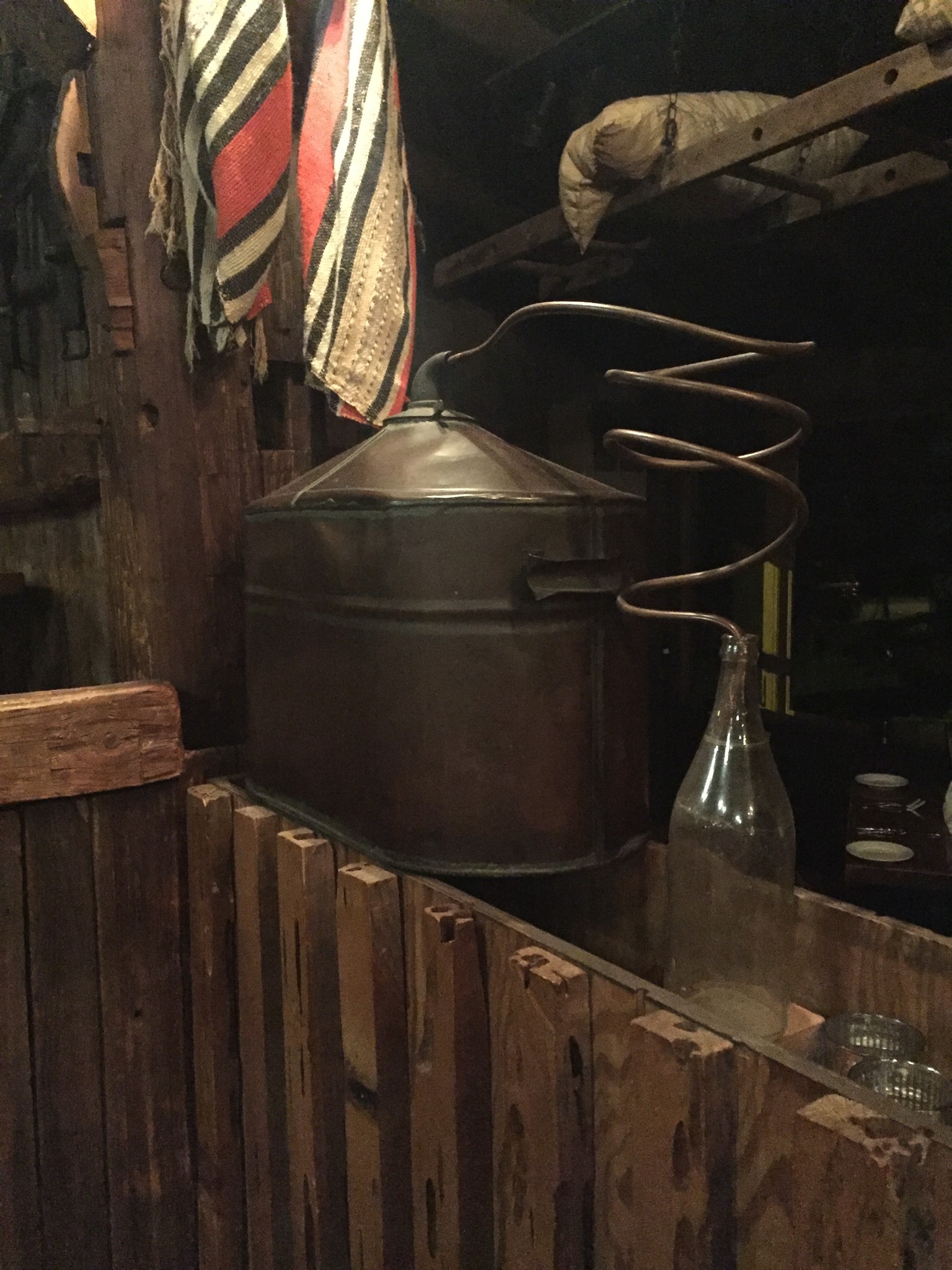 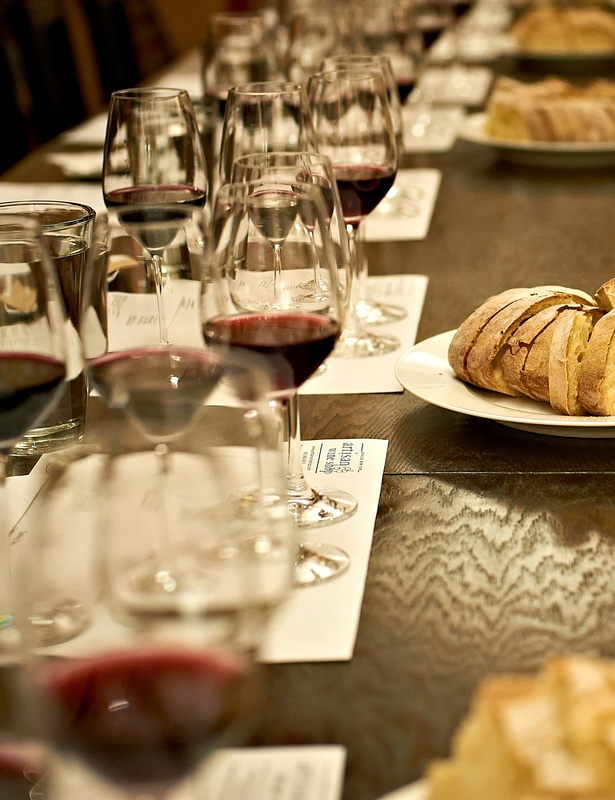 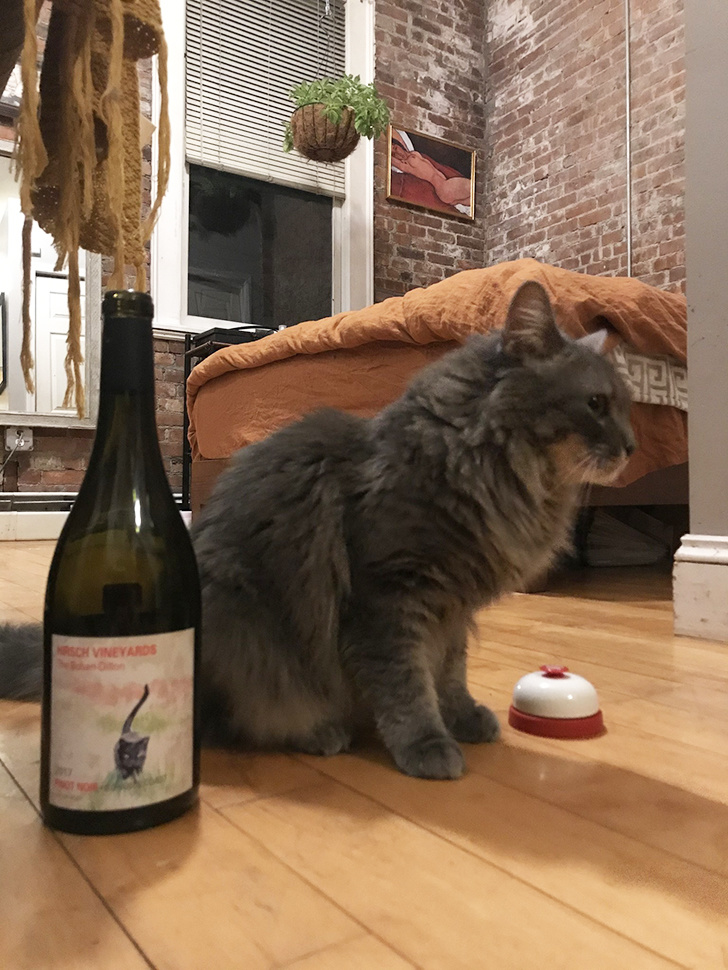 Sam muses on the meaning of maqloubeh during lockdown. Also, who doesn't love a wine with a cat on the label?...
Read more