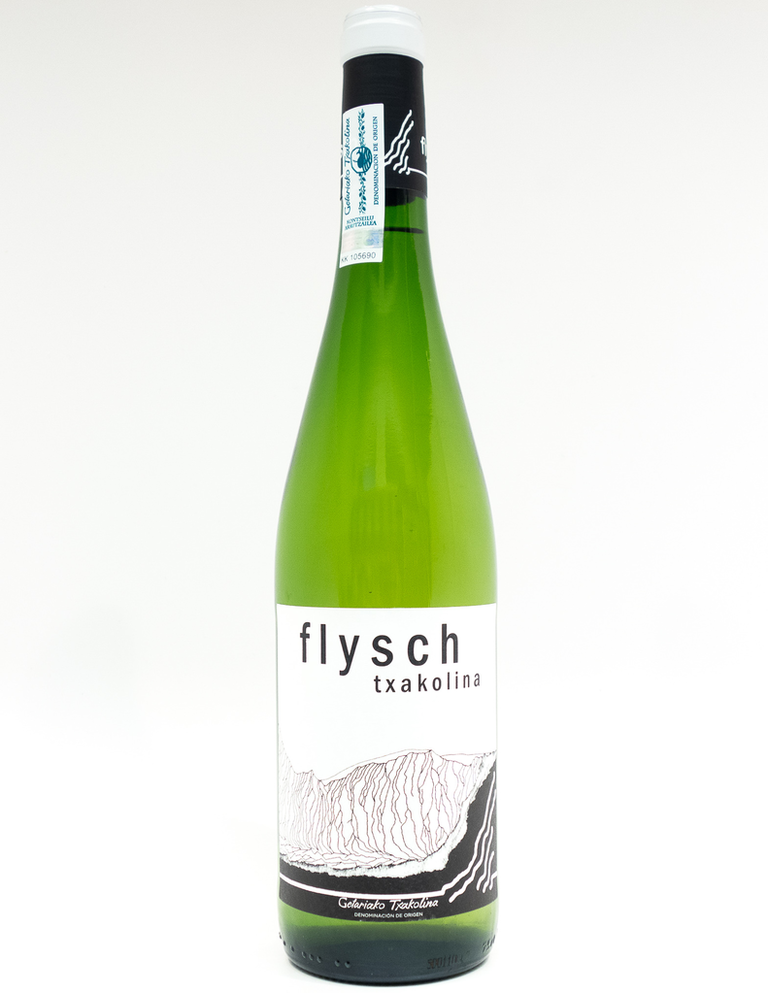 Getariako-Txakolina is a DO in the Basque Country of Spain, producing a refreshing white that is typically poured from a distance to accentuate its lightly fizzy nature. This cuvée gets its name from a geologic term for the unique rock formations of the Basque coast, formed under the sea 60 million years ago. These dramatic layers of rock are now part of the Basque Coast Geopark, which extends 13 km along the coast. Winemaker Juan Etxabe is a fourth generation Txakolí producer, and planted vines of the native hondarribi zuri grape in the Geopark in 2008, releasing his first vintage in 2011. The winery, named Gorosti, is located on the coastline in Elorriaga, between the small cities Itziar-Deba and Zumaia (and the larger cities of Bilbao and San Sebastian). Bright and briny, the Flysch cuvée displays refreshing lime and citrus flavors, with accents of sea spray on a light, crisp palate. This is the kind of wine you can drink all day and well into the evening. Vegan.