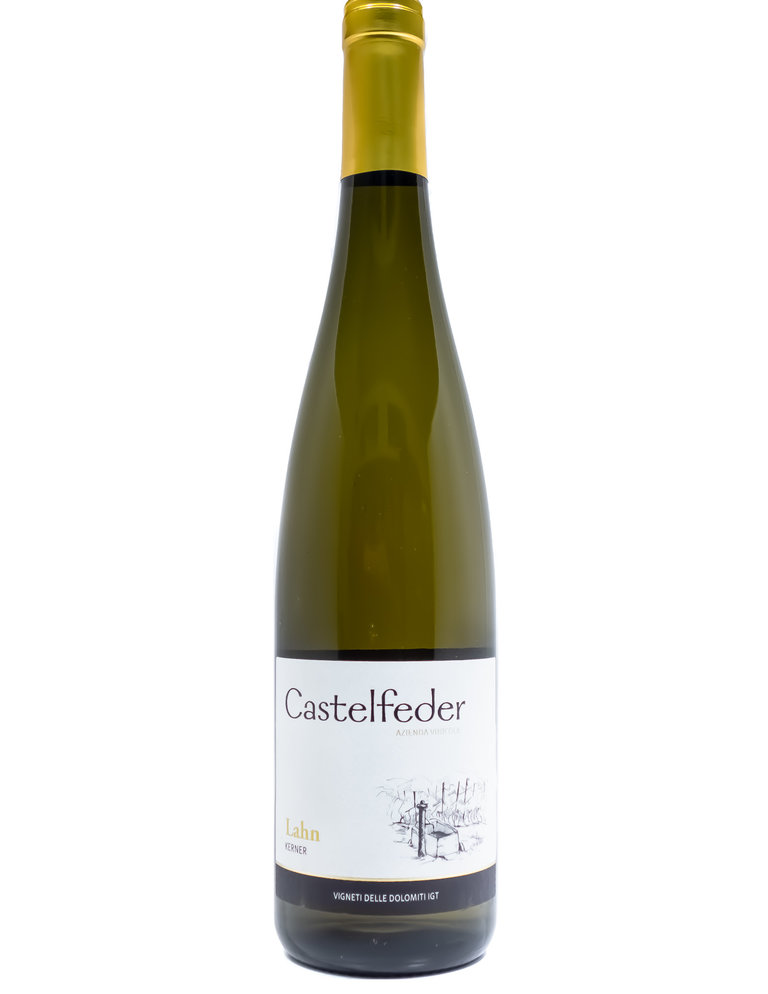 The Alto Adige is the northernmost region in Italy, nestled at the feet of the Dolomites and the Italian Alps, and bordering both Austria and Switzerland. Also known as Südtirol (South Tyrol) due to its location at the southernmost part of Austria, the inhabitants of this autonomous region speak three languages: Italian, German, and Ladin (an obscure Romance language). The topography is just as diverse, with dramatic differences in climate and soil conditions and an array of varied microclimates. In addition, the area lays claim to the origins of three important grape varietals: schiava, lagrein, and gewürztraminer.

Castelfeder was founded in 1969 by Alfons Giovanett, an attendee of the prestigious wine school in San Michele all’Adige. The winery was originally located in the center of Neumarkt/Egna, however in 1989, Alfons’ son, Günter Giovanett, took over management of the winery and relocated to the village of Kurtinig/Cortina in the very south of Alto Adige. Today the winery encompasses 60 ha of vineyards spread from Salorno to Bolzano.

The kerner grape, named after the poet Justinus Kerner, is a cross between schiava (aka trollinger) and riesling. Castelfeder’s kerner is planted on sandy, gravelly soils in one of the highest vineyards in South Tyrol, at nearly 900 m elevation. Harvest is done by hand, with fermentation in stainless steel. The wine spends six months resting on fine lees before bottling. An expressive nose of honeyed orchard fruit and spicy white flowers leads into a palate that deftly balances flavors of apple and pear with high toned citrus and mizuna. It displays refreshing acidity and a weighty, oily texture, while the finish is dry, with hints of spice and flint. Fans of vermentino and viognier will find loads to love here, while those who enjoy riesling and gewürztraminer shouldn’t miss out either!