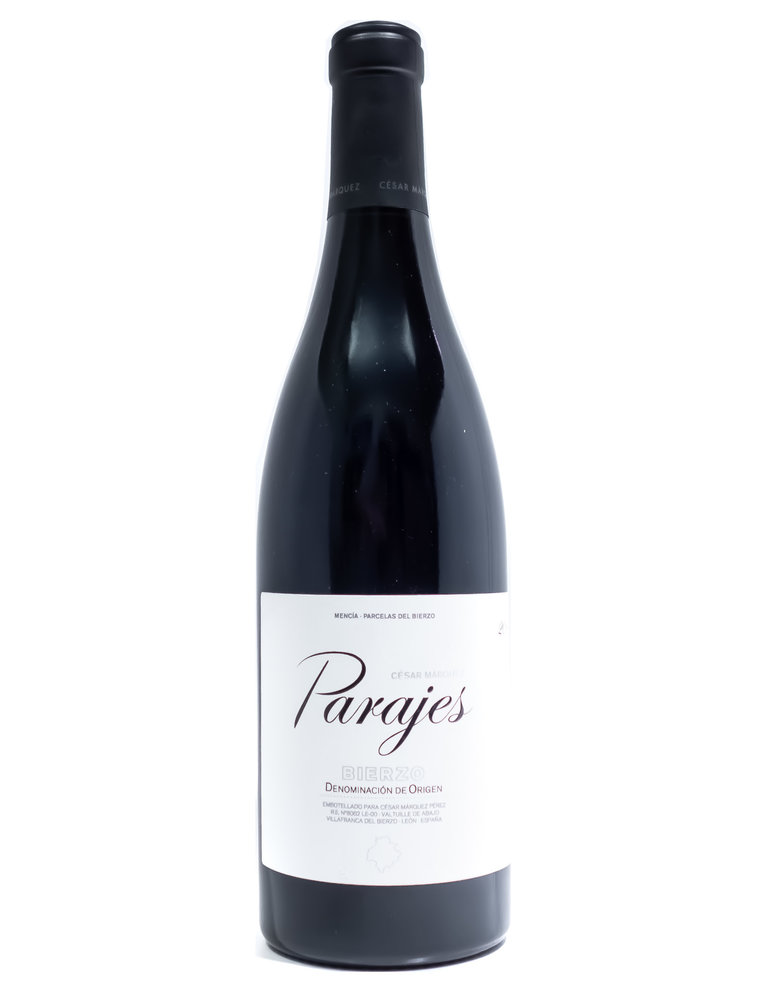 $23.99
Out of stock
César Márquez Pérez Bierzo DO Mencía Parajes 2019
Share this product:

César Marquez Perez is a rising star among the new generation of Spanish winemakers, focusing on small-scale vinifications of old-vine mencía and godello from small plots known as parajes. He has deep family roots in Bierzo: his family founded Castro Ventosa in 1752 and it is still family-owned today. He grew up immersed in winemaking in Bierzo, learning from older generations of esteemed winemakers, including his uncle Raul Perez. These family connections afforded him access to many top sites in the region, and in 2015 he launched his own line of wines. His lineup today includes seven wines from six hectares of 80-120 year old vines, all farmed organically. Inspired by the Burgundian system of classifying wine by appellation, village, and single vineyard, he aspires to eventually produce single-parcel bottlings that parallel the Cru designations elsewhere in Europe (a system recently adopted in Bierzo). His parajes are ideally suited to this delineation of terroir, as they each possess vastly differing soil compositions, slope, and orientation, akin to the lieux-dits of France.

‘Parajes’ is a mencía-driven village-level red from old vines farmed without pesticides or chemicals. A blend of 85% mencía, and 7% alicante bouschet, along with a tiny amount of a field blend of other local white grapes, half of the grapes for this cuvée are de-stemmed. The grapes are hand harvested and foot-trodden, resulting in partial whole-cluster fermentation, which occurs spontaneously with native yeasts. The wine then spends 12 months in 225 and 500 L barrels, which are blended before bottling. Medium-bodied, this delivers plenty of red and black fruit, along with touches of spice and the savory herbal undertones mencía is prized for. Organically grown.