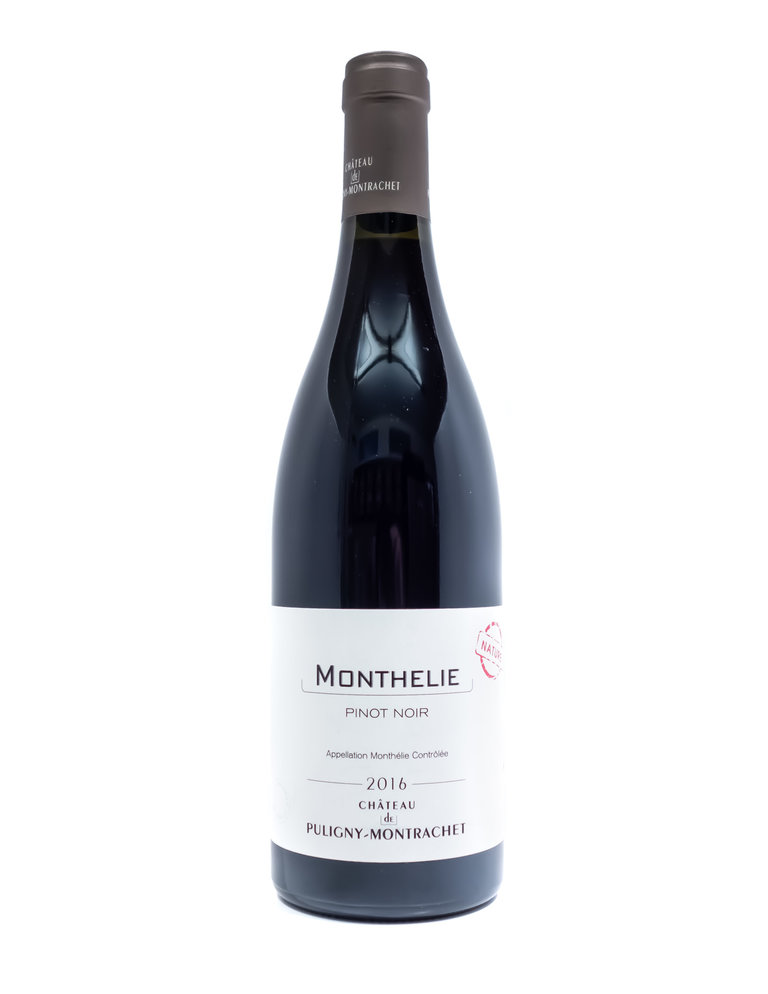 When Étienne de Montille was hired to manage the estate known as Château de Puligny-Montrachet in 2001, he moved from Paris with his son Louis into the 17th-century château itself. From that homebase, he and his sister, Alix, have revitalized the château’s wines along with those of the other domains owned and managed by their family’s company. Over the past twenty years, Étienne has overseen the transition of the vineyards to biodynamic farming practices and focused on whole-cluster vinification using indigenous yeasts. This 2016 vintage, coincidentally, is the last to be bottled under the Château de Puligny-Montrachet label. Since 2017, all of the Domaine de Montille wines have been labeled with that name. This 2016 pinot noir comes from vineyards near the village of Monthélie, tucked in between Volnay and Meursault, and 5 miles or so north of Puligny-Montrachet. Aged in neutral oak and with only a light touch of sulfur, this is a medium-bodied wine loaded with red fruit and a sprinkling of minerality and spice. Biodynamically grown, vegan.