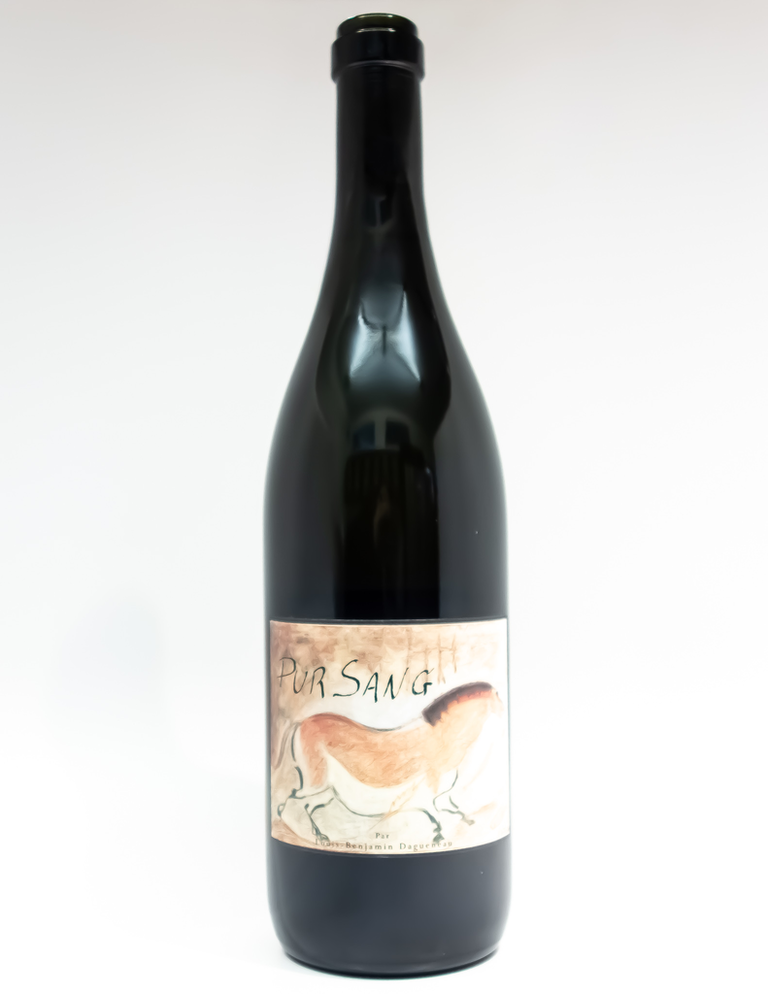 "Pur Sang" is French for "thoroughbred", and Dagueneau was always annoyed by journalists who would always repeat the fact that he uses a horse to till some of vineyards. This is produced from a vineyard north of Saint Andelain called "La Folie". The soil here is deep clay with some limestone. The vineyard is gently sloped and has perfect south/southeast exposure.