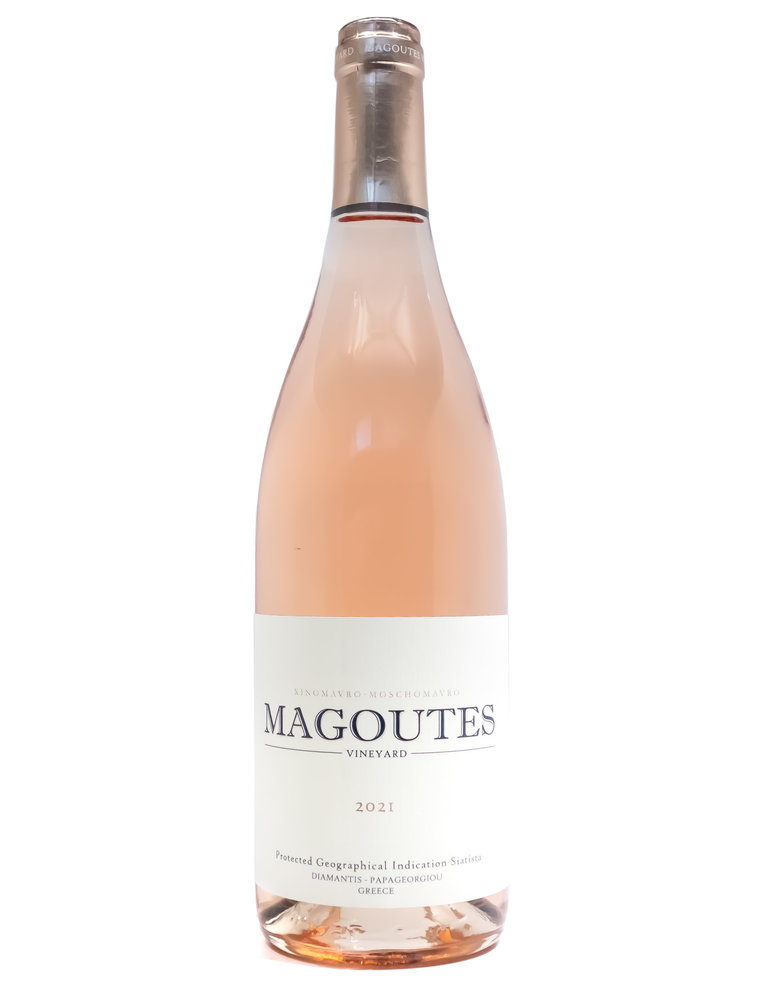 The town of Siatista sits amidst the windswept, mountainous terrain of Macedonia, in the northwestern part of Greece. Unlike much of the rest of the country, the area sees no moderating maritime influence from either the Aegean or Ionian seas, due to its inland location and high elevation. Siatista has a long winegrowing history, dating at least back to 1670, although exactly how long has been lost in the chaos of war and upheaval. The legacy of Diamantis Winery began at the start of the 20th century, when Dimitrios Diamantis’s grandfather hand-grafted the domaine’s first vineyard on the family land. Sadly, by the 1970s, winemaking in the region was in decline and only a few of the old vines had survived. Enter Dimitrios Diamantis and his business partner, George Papageorgiou, who in the early 1990s began an energetic drive to protect and bring back those nearly-forgotten grapes, saving enough genetic material to replant 18 ha on the slopes of the Magoutes area. The Magoutes Vineyard (named for the magenta plant), is perched on rocky limestone soils at 750-890 m in elevation. The vineyard is farmed organically, assisted by the extreme climate, which minimizes environmental stresses from insects and diseases. Winemaking is low-intervention as well, with fermentations taking place spontaneously without further manipulation or additions. This unique rosé is a blend of 80% xinomavro and 20% moschomavro (Diamantis is one of only a few producers using this rare variety today). Pale pink with a fresh and energetic palate of delicate strawberries, barely-ripe white peach, and steely acidity, it finishes long and clean with a hint of salinity and cool mineral tones. Organically grown, low-intervention/natural wine, vegan.