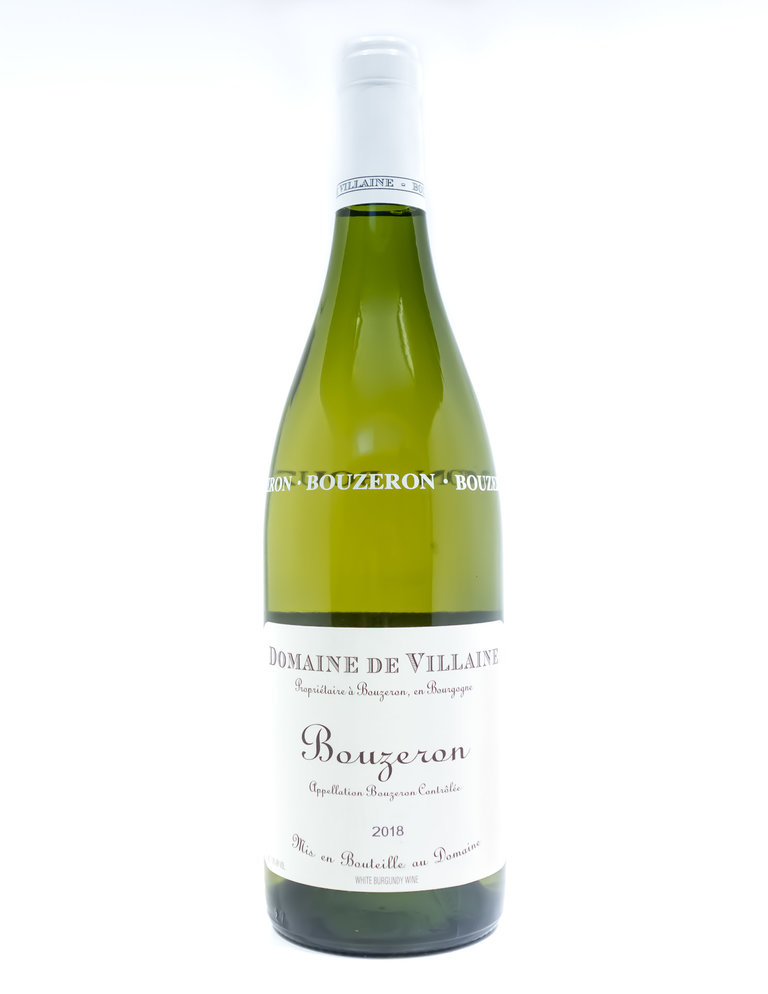 Aligoté, Burgundy’s “other” white grape, quietly shines with an acidic brightness its more famous neighbor, chardonnay, can rarely match. The variety also appears to be native to the area: scientific tracing of aligoté’s history puts its origins right about where it currently grows most plentifully. The village of Bouzeron is generally held to produce the best examples of aligoté; in fact, Bouzeron AOC is the only communal appellation dedicated to the grape. Aubert de Villaine, one-time co-director of the Domaine de la Romanée-Conti, has made the Domaine de Villaine—and the appellation of Bouzeron—what it is today. His plantings of aligoté doré (more aromatic, but also more exacting, than aligoté vert), now managed by Aubert’s nephew Pierre de Benoist, synthesize with the uniquely situated slopes of the village to produce outstanding cuvées. The 2018 vintage thrived despite a sustained drought through the summer, as well as a recent conversion to organic and biodynamic farming practices. Aged for 12 months in foudres, it unfolds with white flowers and a touch of creaminess and hazelnut, with sustained notes of citrus and minerality on the palate. Certified organic, vegan.