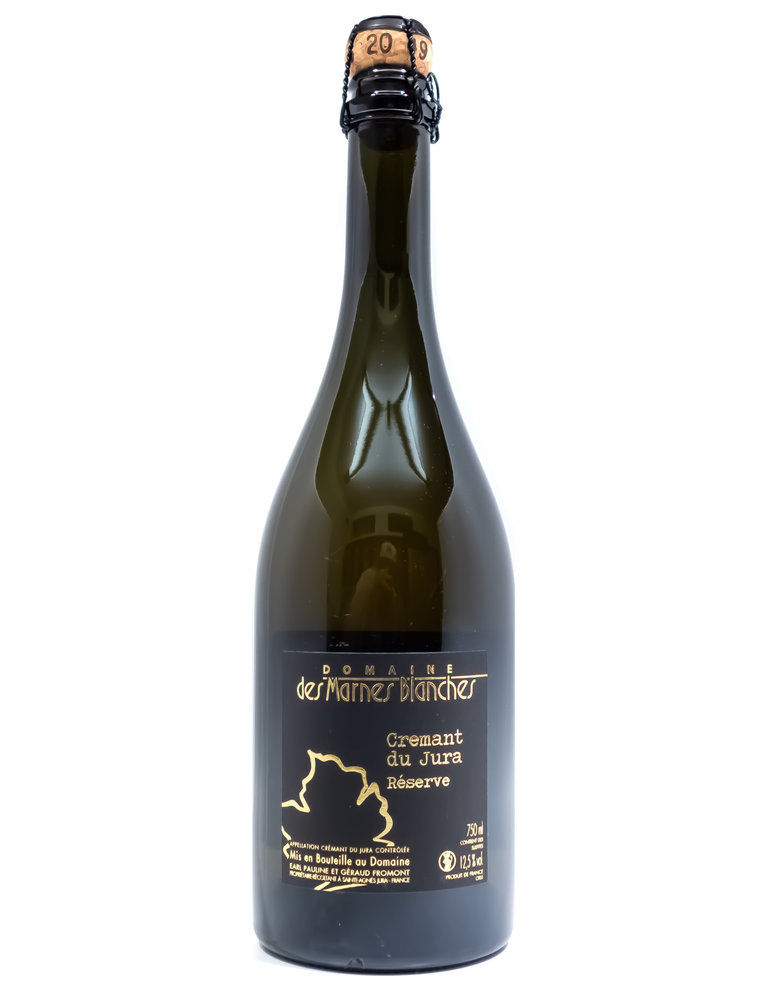 Winemakers Pauline and Géraud Fromont met at viticulture school when they were in their early 20s. Both natives of Jura, and both from agricultural (although not winemaking) backgrounds, they were familiar with the viticultural traditions and opportunities the region offered and in 2006 purchased a vineyard in Cesancey, in the southern part of Jura. Domaine des Marnes Blanches takes its name from the white marl soils found in that first vineyard, and today the domaine has grown to encompass 10 hectares across three villages (Cesancey, Vincelles, and Sainte Agnès), including some very old vine parcels. The Sud Revermont region of the Jura has garnered a reputation as a center of terroir-driven, natural winemaking, starting with the legendary Jean-François Ganevat, and the Fromonts have embraced this philosophy, farming organically since the beginning, and are now certified organic by Ecocert. Hailed as rising stars of the region, they follow the Burgundian practice of vinifying all their parcels separately, a technique that’s still fairly rare in the Jura, but one that offers new insights into the region’s potential. A custom-designed tractor helps till the soil to control weeds in between individual vines, while all the rest of the vineyard work is done by hand. Fermentation occurs spontaneously and sulfur use is kept to a minimum.

This crément reserve is 100% chardonnay from old vines planted in 1955 on the white marl soils for which the domaine is named. The base wine is from the 2013 vintage, fermented partially in stainless steel before being racked into neutral barrique. After a minimum of two years on the lees, it is bottled with zero dosage. In the glass it displays impressive breadth and depth, unfurling layers of orange blossom, apricot, citrus peel, and almond on the nose, accompanied by heirloom apple, sea spray, and a savory minerality across a broad, textural palate. The finish is long, elegant, and refreshing. Organically grown, low-intervention/natural wine, vegan.