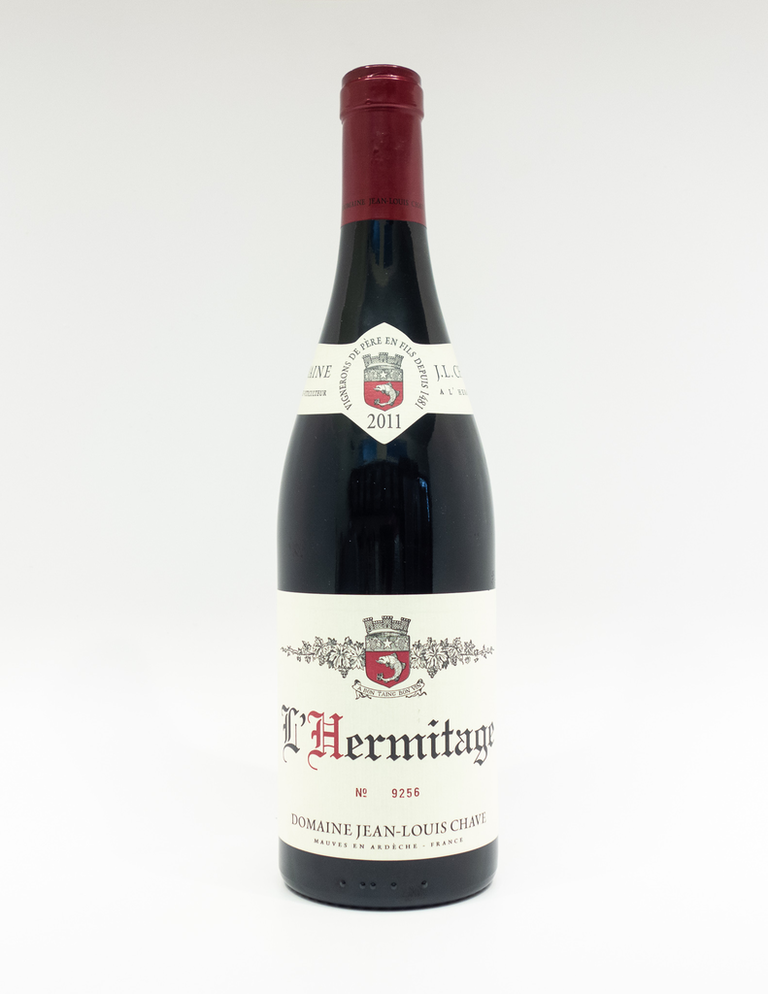 Domaine Jean-Louis Chave is a family owned winery that has been passed from father to son since 1481. The domaine is currently under the direction of Jean-Louis Chave (though his father, Gérard, is still around to offer occasional advice!) When phylloxera hit in the 19th century, the family was obliged to move down to the Rhône valley to diversify into fruit farming, basing themselves in the village of Mauves where their cellars are today. It was at this time that a particularly smart ancestor decided to cross the Rhône River and lay claim to parcels of land on the hill of Hermitage. The key to the beauty and complexity found in JL Chave Hermitage comes from their mastery of blending. They only use syrah for their red wines, but the blend comes from a mélange of fruit sources that come out of some of the best plots in the entire Hermitage appellation (Bessards, L’Hermite, Peleat, Meal, Beaume, Diognieres and Vercandiered). The 2 hectares of vines on Bessards is considered by many to be the heart and soul of their wines. The Bessards lieu-dit has a terroir that is mostly, steep granite hillside soils. For his Hermitage wines, Jean-Louis has been fermenting in mostly stainless steel vats, along with 3 wooden open top fermenters, since 1991. The grapes are usually partially, but not always fully destemmed, and in very ripe years, a portion, up to 50% of the stems might be left on the grapes. Depending on the vintage, malolactic fermentation can take place in casks, vats, or tank. The wines of Jean Louis Chave are aged in large 228 L oak barrels for about 18 months. The amount of new oak varies from 10-20%, depending on the vintage. This vintage is approaching its maturity, but can take one or even two more decades of aging! If opening sooner rather than later, a 1-3 hour decant is recommended. On the palate it is fresh, spicy, pure, and restrained, with an elegant red berry finish and more depth than is found in most other 2011 Rhône wines. Organically grown.