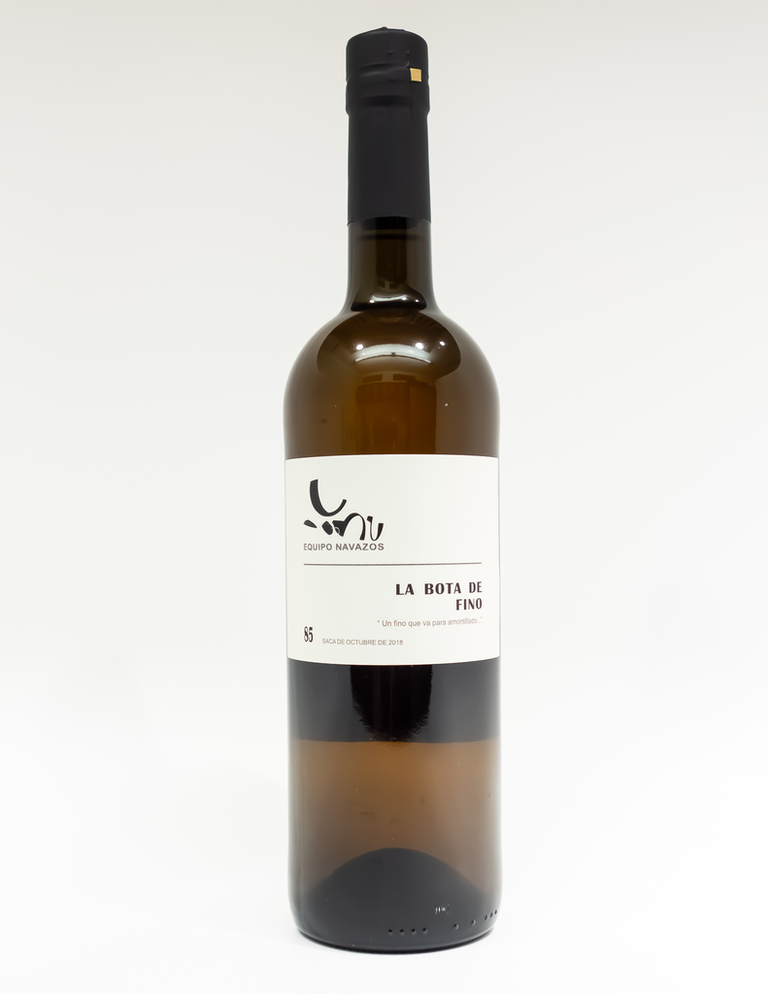 From the producer: “A Fino on its first steps toward becoming an Amontillado, a wine traditionally labeled by winemakers and connoisseurs as Fino Amontillado—no matter how unfavorable the current legislation seems to be toward this ancient category. This is an old wine that expresses like no other, through the action of time, the stunning chalky soils of the best Pedro Ximénez vineyards in the Montilla ridge. La Bota de Fino no. 85 “Un fino que va para amontillado…” has been sourced from the oldest fino solera in Pérez Barquero’s Bodega Los Amigos: a total of 63 butts located in third row, of which we had the privilege to choose 15 that represent the current state of the solera. Seeking a distinctive character we opted for those butts that most clearly showed an incipient amontillamiento while preserving the fino character—as proved by its alcoholic content: 16%”. This sherry is intensely dry with racy acidity while still being creamy and unctuous. It has classic notes of nuts, yeast, pastries, olives, and smoke. Vegan.