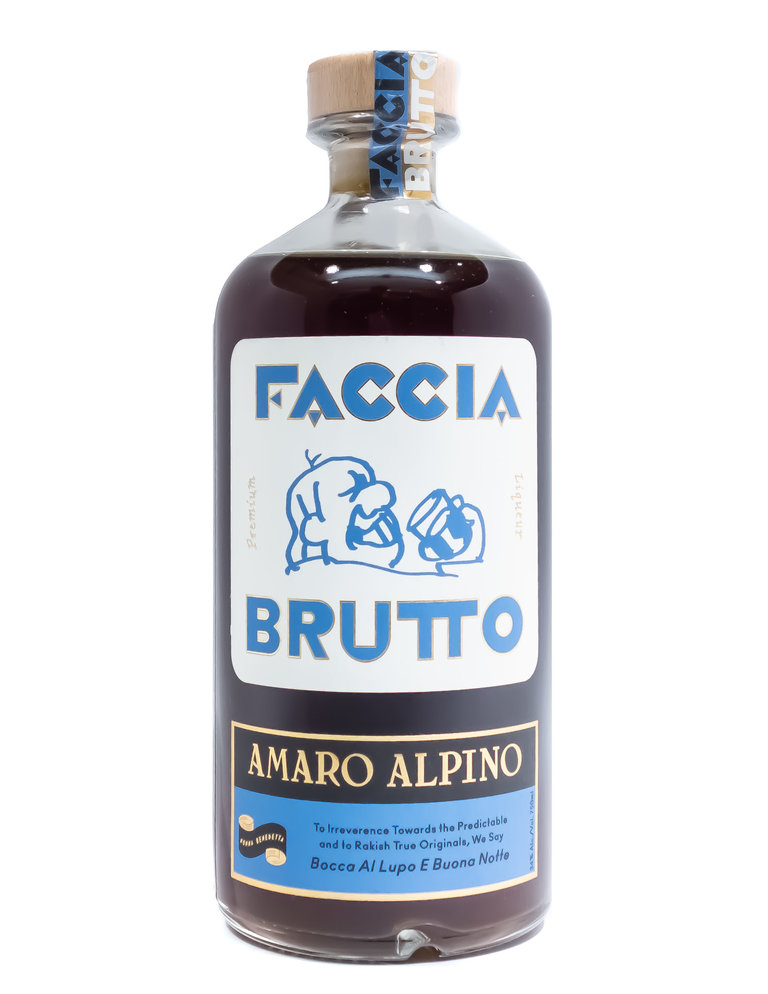 Patrick Miller was raised in an Italian family in Los Angeles, and worked in restaurants throughout the world for 14 years before opening Rucola Restaurant in Brooklyn, NY. As a child, Patrick was strongly influenced by his Italian mother and grandparents, and inspired by family vacations to Italy’s Piedmont, Patrick decided to move on from Rucola and launch Faccia Brutto. Amari (bitter liqueurs flavored with botanicals) are popular throughout Europe, where they are often produced locally and sipped in cocktails or as after-dinner digestifs. However, they are not yet a mainstay of American restaurant menus, something Patrick is seeking to change in a market overflowing with craft beer. He and his team produce five different types of organic, Italian-style Amari, including the Amaro Alpino, which pays homage to the Italian Alps. Intensely herbal, it features a melange of 18 botanicals including rhubarb root, spruce tips, fir needles, eucalyptus, dandelion root, elecampane root, gentian, wormwood, and spices such as cinnamon, allspice, cardamom, and nutmeg, sweetened with a touch of sugar and some dark clover honey sourced from upstate NY. Concentrated aromas of bitter medicinal herbs and pine needles open the show, turning distinctively woodsy and piney on the palate. Notes of cola and cooling menthol mingle before yielding to a bracing spruce resin finish. Delicious in cocktails or served neat with a lemon peel after a big meal.