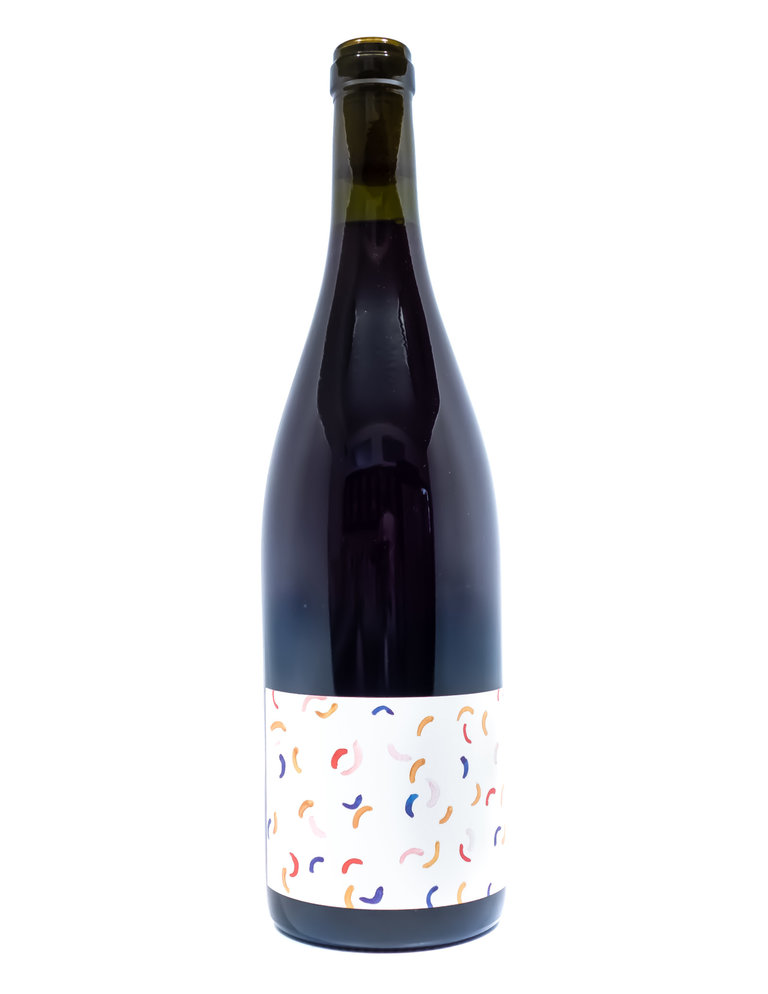 The “Abracadabra” is a blend of 70% skin-contact chardonnay from Macari Vineyard and 30% merlot from a backyard vineyard in Orient, Long Island. The wine is reminiscent of Jura, with poulsard-esque-glou-glou: very light red in color with a touch of oxidation, tart plum, dried spices, leather, and hay. It should be chilled a bit to accentuate its light, refreshing, fun nature. Bonus: it’s named after a Steve Miller Band song. Organically grown, low-intervention, vegan.