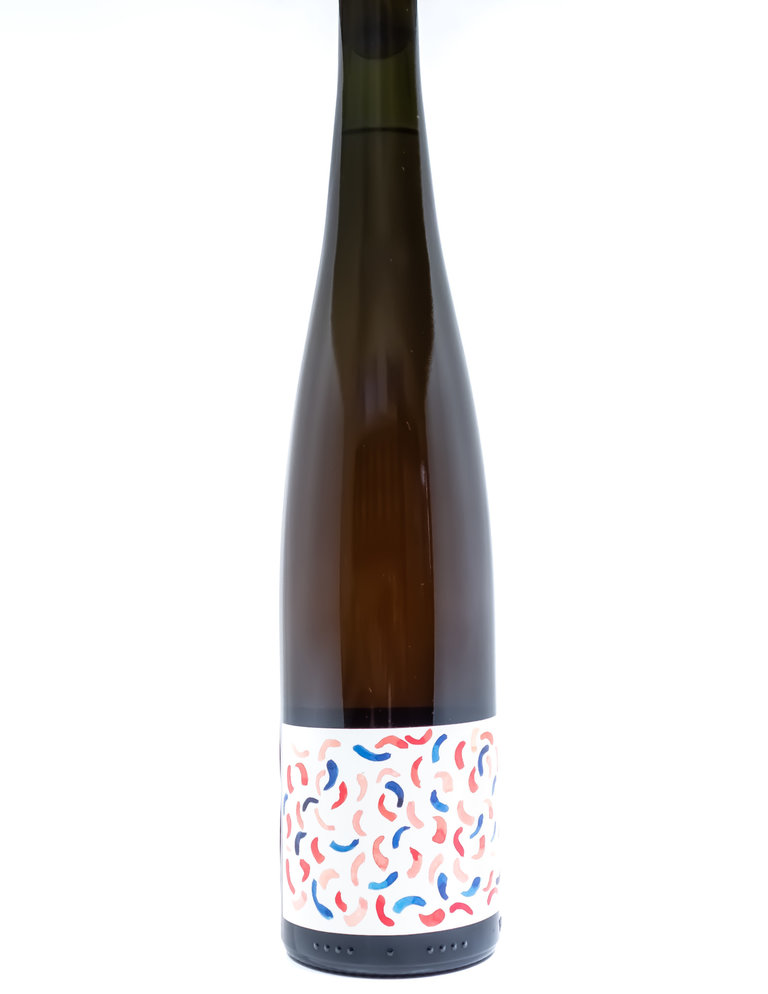 This cider is composed of mostly Northern Spy and Roxbury Russet apples from Restoration Farm, but the remainder is unknown varieties from various backyard trees. They also added 15 gallons of Crabapple cider from 2015, a remainder from the “Trees Are Filters” project. It was racked into used barrels and bottled unfined and unfiltered. It has punch and edge with elegance and style, being tart, spicy, phenolic, vivid, and grippy, yet showing incredible balance. Organically grown, low-intervention, vegan.