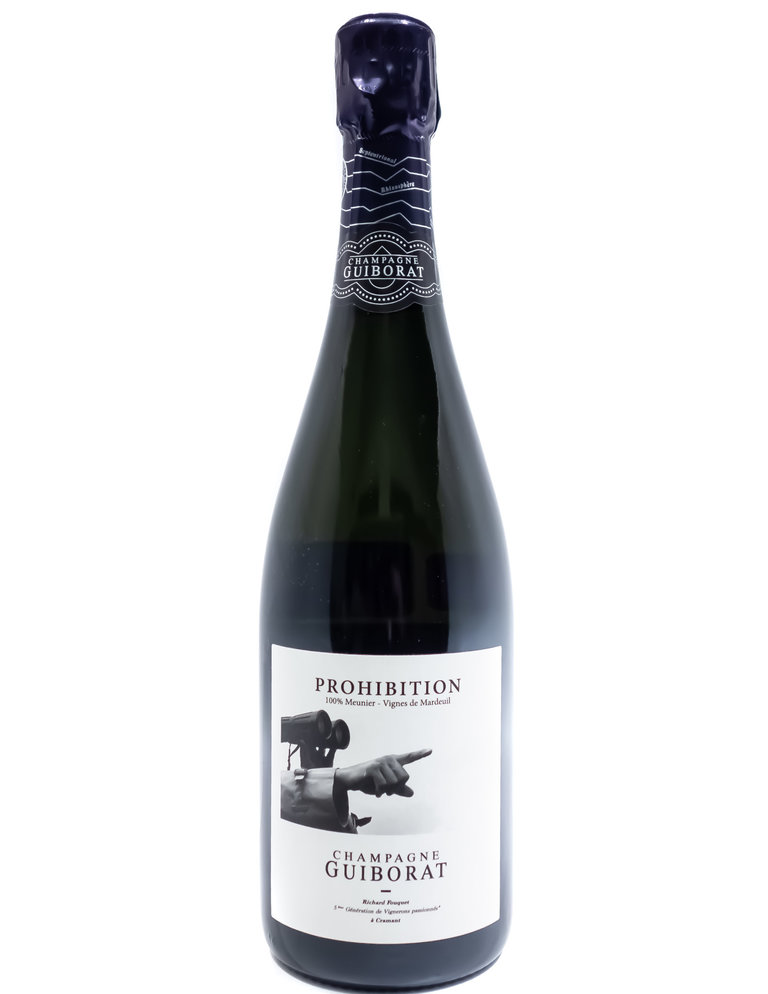 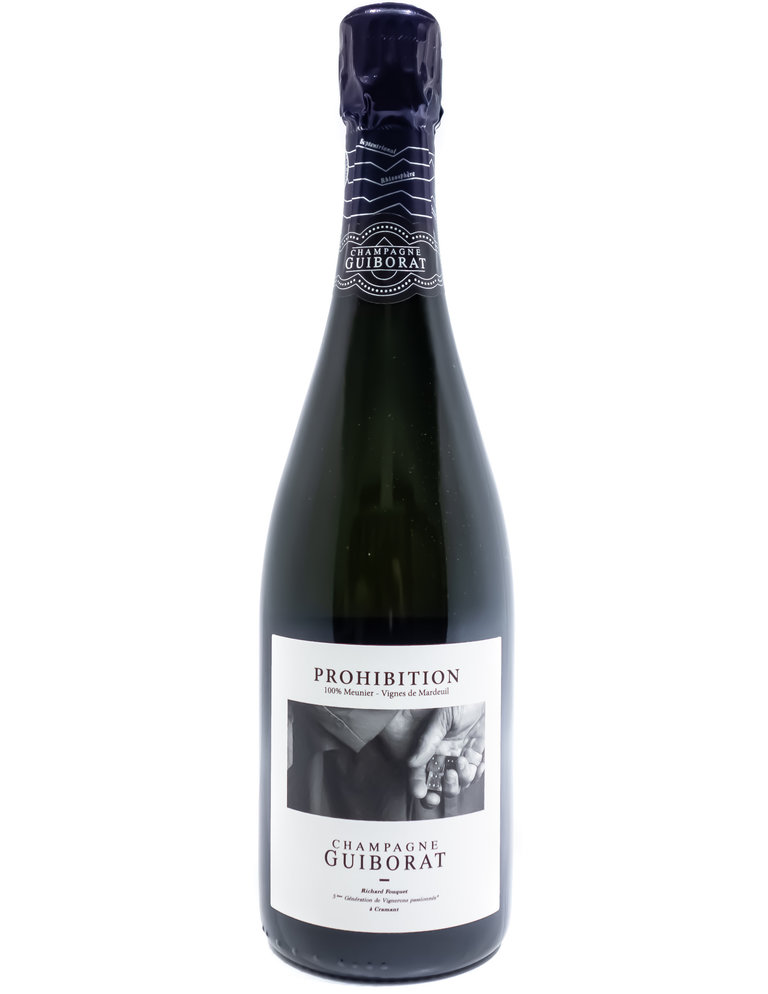 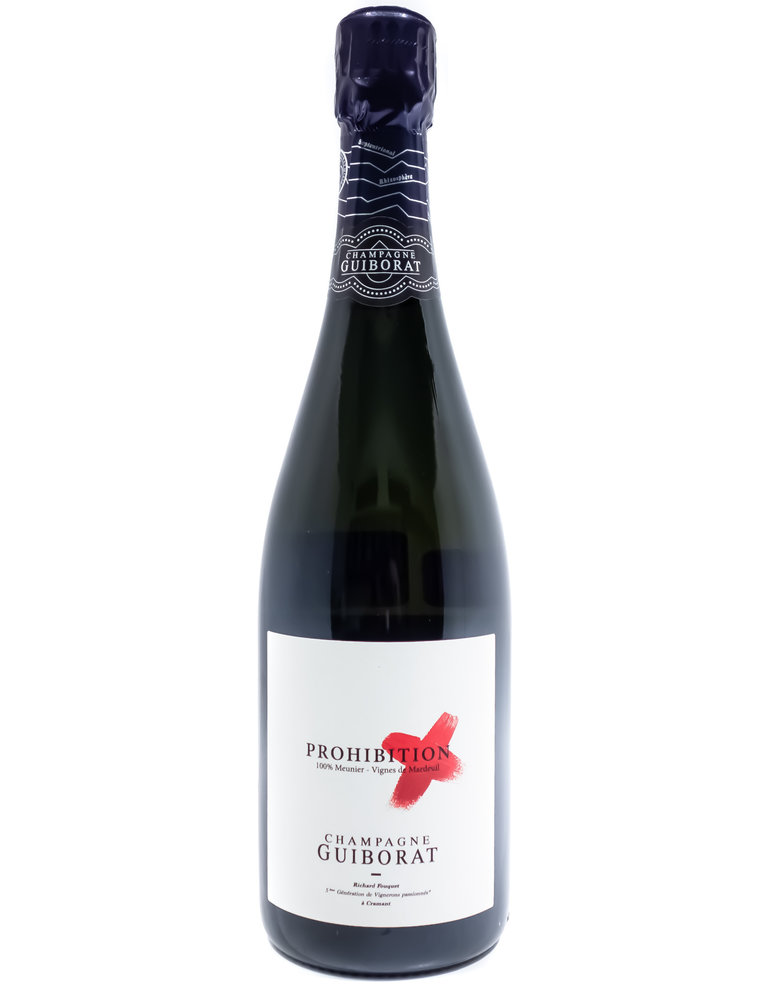 Fifth generation winemaker Richard Fouquet took over the family domaine in 1996, taking the reins from his grandmother at the ripe old age of 21. He grew up in suburban Paris, but had vowed from an early age that he would return to the estate to make champagne, and at 18 he did just that. The Guiborat estate was established in 1885, and encompasses 8 ha of vineyards in Cramant, Chouilly, and Mardeuil, of which 5 ha of production is sold to Laurent-Perrier. However, the best parcels, many of them grand cru vineyards, are kept back for the domaine’s own champagne. Richard and his wife Karine farm their vines by hand, with yields kept very low. Most of the wines are fermented and aged in stainless steel, with small lots aged in neutral barrels. Bottles are aged in the chalk cellars under the winery. ‘Prohibition’ is 100% pinot meunier, from the estate's vineyard in the Marne near Epernay. Based on the 2016 vintage, with zero dosage, it unfurls delicate red berries and notes of cream accompanied by orchard fruit and brioche undertones. Organically grown.