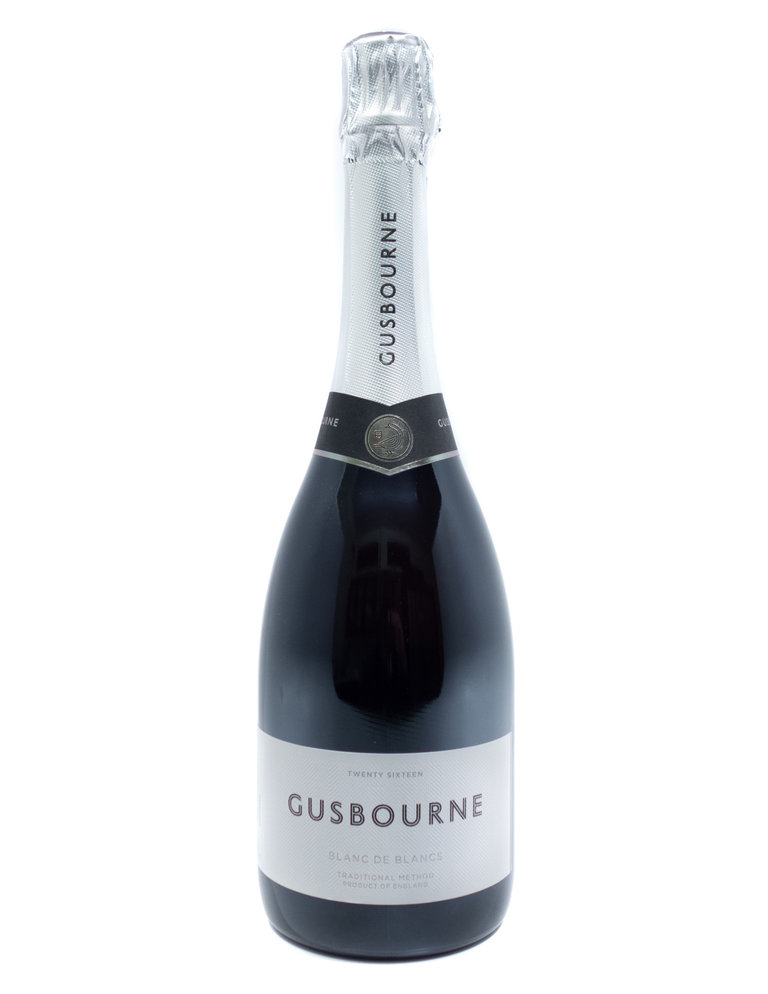 Nestled amidst verdant farmland in the Kent countryside just 6 miles from the sea, Gusbourne Estate has established a distinguished reputation for their sparkling wines. The original Gusbourne Estate dates back to 1410, but its current incarnation was established in 2004, when Andrew Weeber took over and the first vines were planted; primarily Burgundian clones of chardonnay, pinot noir, and pinot meunier. The debut vintages of the Brut Reserve 2006 and Blanc de Blancs 2006 were released in 2010 to critical acclaim, and the estate has continued on an upward trajectory ever since. Winemaker Charlie Holland gained experience working in a variety of global locations including Australia, New Zealand, and the USA. The 2016 Blanc de Blancs is a classic representation of Gusbourne’s pure, linear style. Made from 100% chardonnay, it expresses the defined minerality of the area’s microclimate. 2016 was a good year for English sparkling wine, with warm, sunny summer and autumn days resulting in an abundance of fruit, half of which was selectively pruned in August to focus flavor and concentration in the remaining fruit, which was hand harvested in early October. It was then whole-bunch pressed, fermented mostly in stainless steel tanks (with a small amount in old oak barrels to impart added complexity), then aged on the lees for a minimum of 42 months. A nose of bright lemon, grapefruit, and green pear yields to flavors of green apple, yellow peach, and lemon on the palate. A streak of stony, briny minerality runs throughout, followed by elegant flourishes of shortbread, toasted hazelnut, and warm brioche on a round, lingering finish. Sustainably grown.