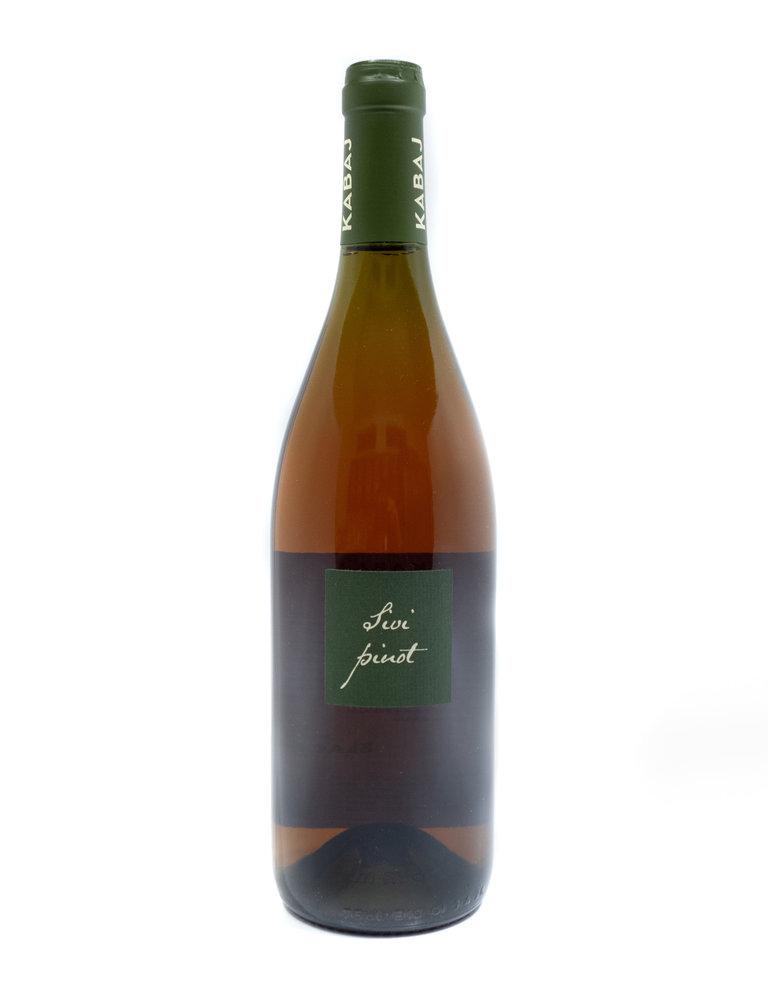 On the northeastern Italian border, at the foothills of the Alps and 15 miles from the Adriatic sits the Goriška Brda region of Slovenia (‘Collio’ in Italian). Unfortunately, when Slovenia became part of the Socialist Federal Republic of Yugoslavia in the late 1940s, wine production suffered from the state-run “quantity over quality” approach. Upon gaining independence in 1991, private production resumed, indigenous grapes were replanted, and focus on terroir has intensified. In the late 1980s, Katja Kabaj married former French Legionnaire and Bordeaux-trained enologist Jean Michel Morel, and they settled in Katja’s family village of Šlovrenc. After they were married, they made the decision to bottle their own wines from their 15 ha of vines rather than sell their grapes - a great choice given that they are now regularly hailed as one of the Top 100 Wineries of The Year by Wine & Spirits. Their 'sivi pinot'—otherwise known as pinot gris—accentuates the texture and ripe flavors that variety is capable of. After only 15 days of maceration—in a combination of stainless steel, concrete, and barrel—it aged for two years in French oak. Amber in color, it opens with aromas of dried fruit, vanilla, and a piney note reminiscent of the Slovenian Alps. The barrel aging shows on the palate, with structured tannin and a savory, woody finish that lasts. Organically grown, low-intervention/natural wine, skin-fermented, vegan.