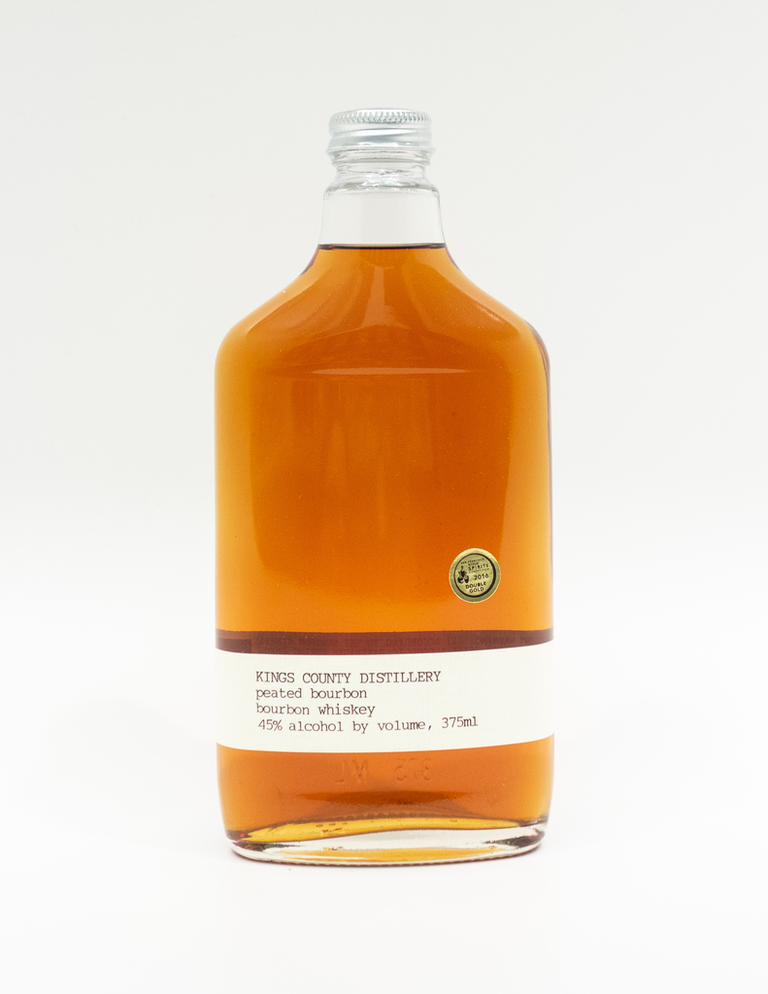 Kings County Distillery is located in the 119-year-old Paymaster Building in the historic Brooklyn Navy Yard. New York City’s first distillery to open since Prohibition in 2010, they use New York grains and traditional distilling equipment like copper pot stills to make distinctive spirits. They had humble beginnings, originally in a 325 sq.ft. room in East Williamsburg (making them the country’s smallest commercial distillery), before they moved to the Navy Yard in 2012. Their bourbon is made with 80% New York corn and 20% English barley, aged for two years or more in charred oak barrels, forgoing the typical wheat and rye for a high-malt recipe. They expose the malted barley to peat smoke, giving it a smokiness akin to Scotch whiskies, bringing together the best of both bourbon and Scotch. It’s flavorful, robust, and smooth with a light smoky finish reminiscent of a single malt. From their website: “If scotch and bourbon had a baby, this is what it would taste like. As far as we can tell, ours was the world’s first ever peated bourbon and will appeal to the adventurous whiskey traveler who has tried everything”.