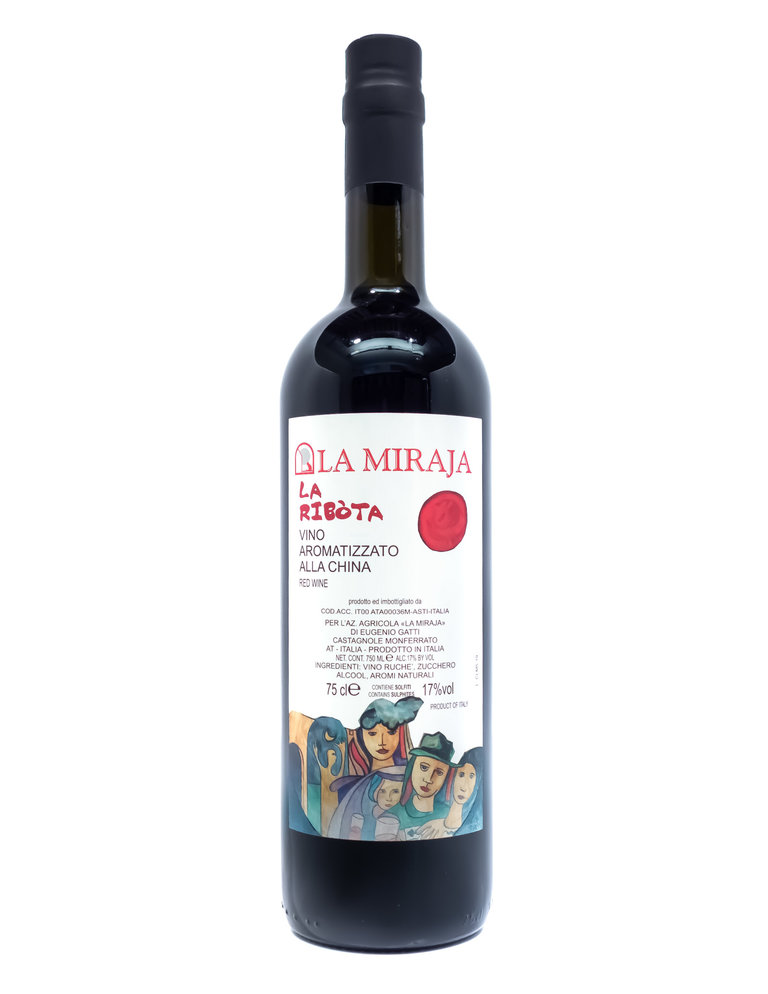 The estate of La Miraja is situated in an 11th century castle of Castagnole Monferrato in Piedmont. The armory of the castle was repurposed as a cellar in the 1400s. Today it is owned and operated by seventh-generation viticulturist, Eugenio Gatti, who produces a miniscule 840 cases a year. Considered “off-the-beaten-path” compared to other Piedmont estates, La Miraja produces some of the lesser-known gems of the region, including the oldest vineyard of ruché in existence. Chinato are commonly made with nebbiolo, but ‘La Ribòta’ is 100% ruché and only 1,000 bottles are produced annually. It is labeled as “Vino Aromatizzo Alla China” since it is not from Barolo and doesn’t follow the same dictates. This enticing fortified wine elixir, first developed by a pharmacist in the 1800’s, is a blend of the winery’s DOCG-level wine with botanicals including china (or quinuina), wormwood, cardamom seed, cinnamon, and orange peel, plus some more secret family recipe ingredients. It is wonderfully balanced with fruit, herb, and spice, between bitter and sweet with a luscious richness. Sustainably grown, vegan.