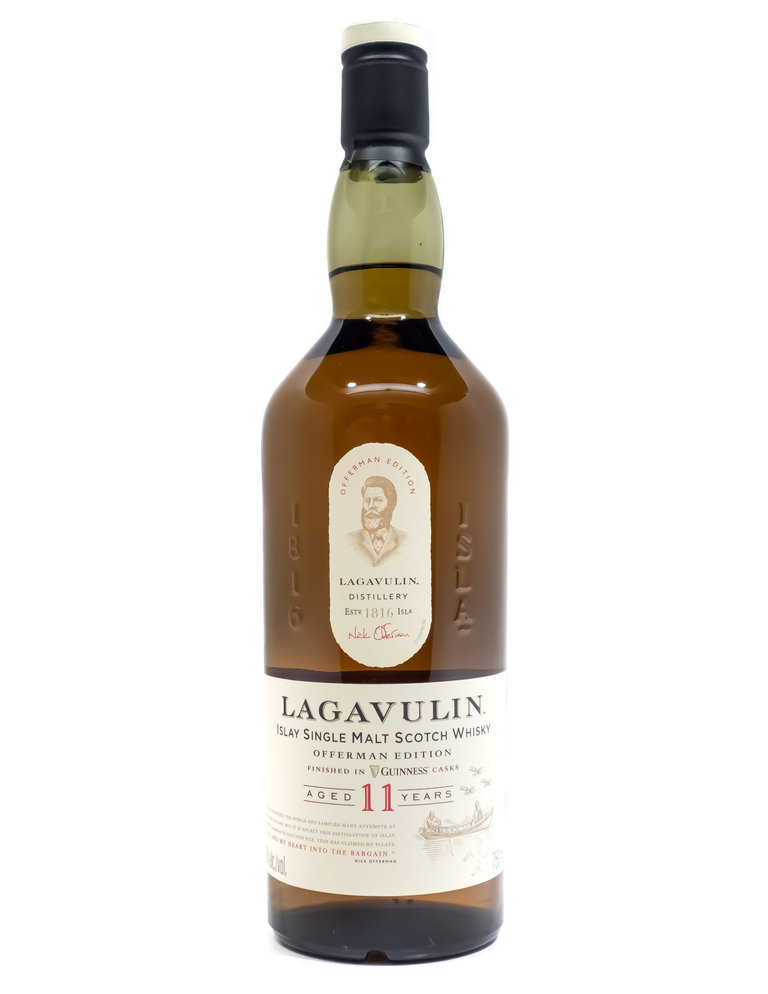 For those familiar with the show Parks & Rec, it may already seem that the character Ron Swanson, the actor Nick Offerman, and the scotch known as Lagavulin form a mystical triangle. Swanson’s favorite scotch? Lagavulin. Offerman’s? The same. If memory serves, a late-season episode of the show involves a pilgrimage to Islay. In any case, the synergy there finally led to Offerman’s scotch apotheosis. After years as a semi-official spokesperson for the brand, Nick received an invitation from the distillery to help craft the original “Offerman Edition” in 2019, featuring a wood-cut image of the man himself on the label. This, the sequel, aged for four months (in addition to 11 years’ barrel-aging) in Guinness casks from the Open Gate Brewery in Maryland. It combines the signature smoky peat ambiance of Lagavulin and the roasted coffee and caramel reminiscent of a pint of Guinness.