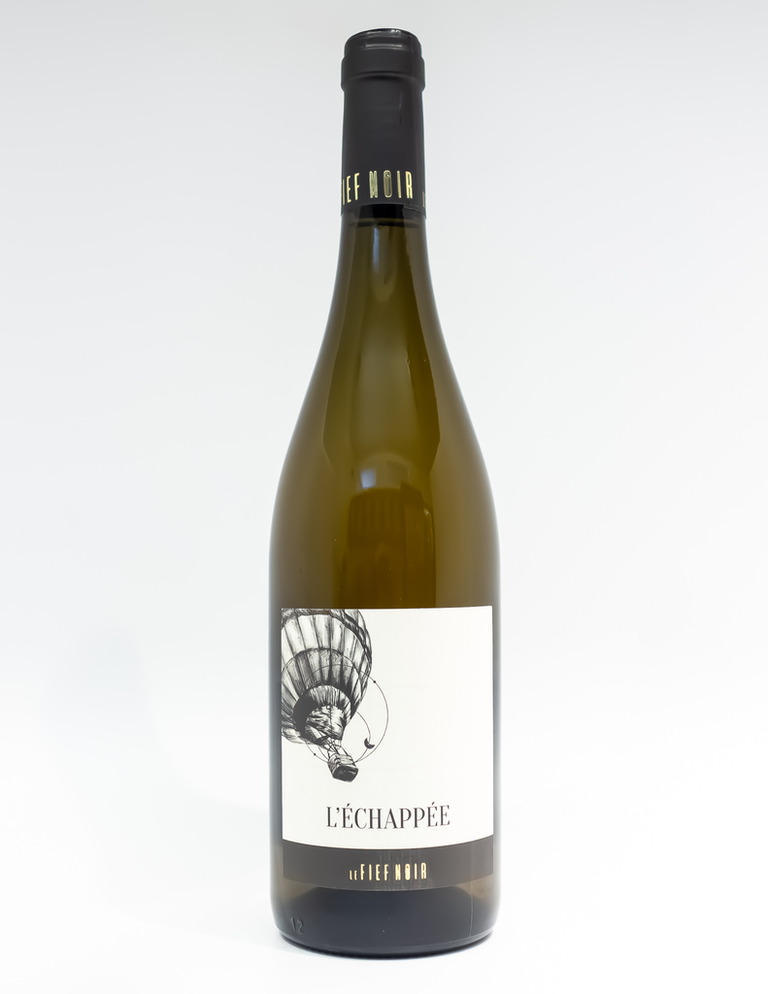 Dom and Alexis met in Corsica ten years ago, both being there for work opportunities, plus the sun and beach. Dom grew up in Auvergne, France, although his mother was American, and Alexis is from Paris. They both had also previously studied wine in Bordeaux. They then moved to the Loire Valley, bought an estate, and began Le Fief Noir. They decided on the Loire because they wanted to buy land in a region that was much less expensive than say Bordeaux or Burgundy, but they love wines with freshness and tension. Their 25ha estate is all organic, growing chenin blanc, grolleau, cabernet franc and some cabernet sauvignon in different vineyards around the village of St-Lambert du Lattay, not far from Savennières on the south side of the Loire River. In the winery, they are low intervention, only fermenting with natural yeasts with no added products except a tiny addition of sulfur. The wines are lightly filtered and unfined. The “L'Échappée” is 100% chenin blanc grown on clay, quartz and schist gravel, from the tiny terroir of Anjou Blanc. It translates to “the escape”, symbolizing a fun and spontaneous lack of control, like the excape of reading a good book. The nose and the palate are very mineral driven, with touches of juicy pear and pineapple with a wonderful roundness on the palate and a touch of citrus zest on the finish. Organically grown, low-intervention/natural wine, vegan.