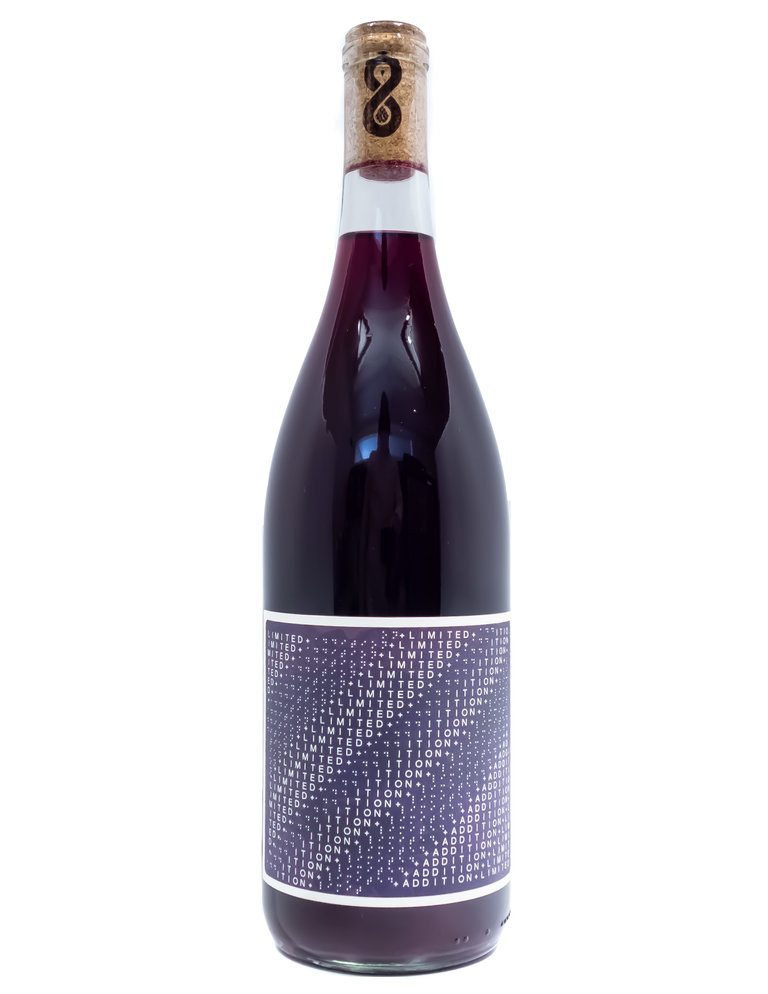 Within the Willamette Valley, the Eola-Amity Hills are well known as one of the most coveted places for growing cool climate grapes, most famously pinot noir, but also including cabernet franc, gamay, pinot gris, riesling, and others. The Eola Springs Vineyard is a fairly expansive plot that encompasses a vast array of different soils, elevations, and exposures. This wine is made with grapes from a field blend of three different cabernet franc clones, including Steiner (a California heirloom clone) and 214 & 327 (Loire Valley clones). The young vines are planted on a northwest-facing slope on marine sedimentary soils, and this bottle captures the bright, refreshing character of cool climate cabernet franc. After an 8 day whole cluster fermentation, the wine underwent malolactic fermentation in neutral oak barrels. It was then aged for 9 months with minimal sulfur before being bottled with no fining or filtration (hence the moniker “limited addition”). The result is juicy and incredibly fresh, with ripe strawberry and wild berry flavors, hints of spice, and a whiff of pepper. Serve slightly chilled. Organically grown, low-intervention/natural wine, vegan.