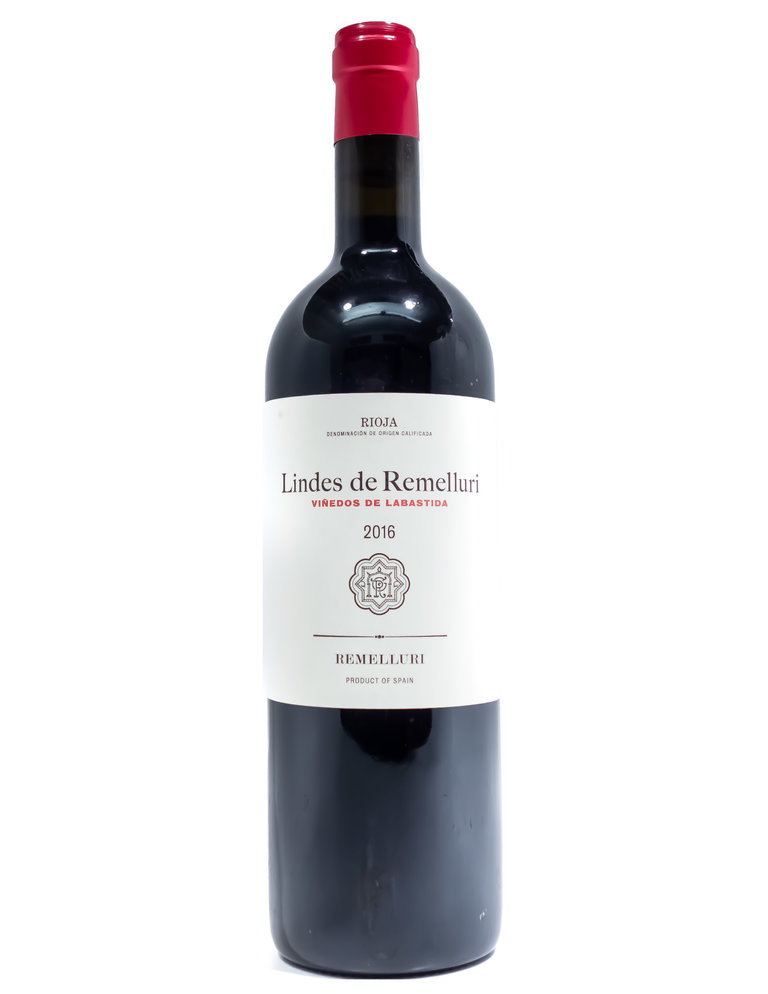 Remelluri, an ancient estate perched above the village of Labastida, features some of the highest-elevation vineyards in the Rioja region. Winemaker Telmo Rodríguez and viticulturist Amaia Rodríguez Hernandorena carry on the tradition their father, Jaime Rodríguez Salís, began in 1967. The focus from the beginning has been on organic farming methods and the celebration of the unique terroir of the area. The family’s “Lindes de Remelluri” series features two of the most sought-after villages in Rioja: Labastida and San Vicente de la Sonsierra. Because of Labastida’s high elevation, harvest always takes place later there than in the surrounding areas, and the tempranillo that comes from that village expresses the cooler, rockier location with vibrant aromatics, bright acidity, and defined tannin structure. This release brings together the fruit of 28 different plots in Labastida, owned by eight different growers. Made from tempranillo with a touch of garnacha, it ferments naturally in stainless steel and ages in barrel for 12 months. A gentle winter and rainy spring in 2016 allowed for bountiful fruit, picked at optimal ripeness for a fresh and well-composed wine. A restrained and polished full-bodied red, dense and concentrated but with an herbal aromatic lift and a stony coolness at its base. Deep cherry and tobacco meld with a velvety texture over dusty tannins. Organically grown, vegan.