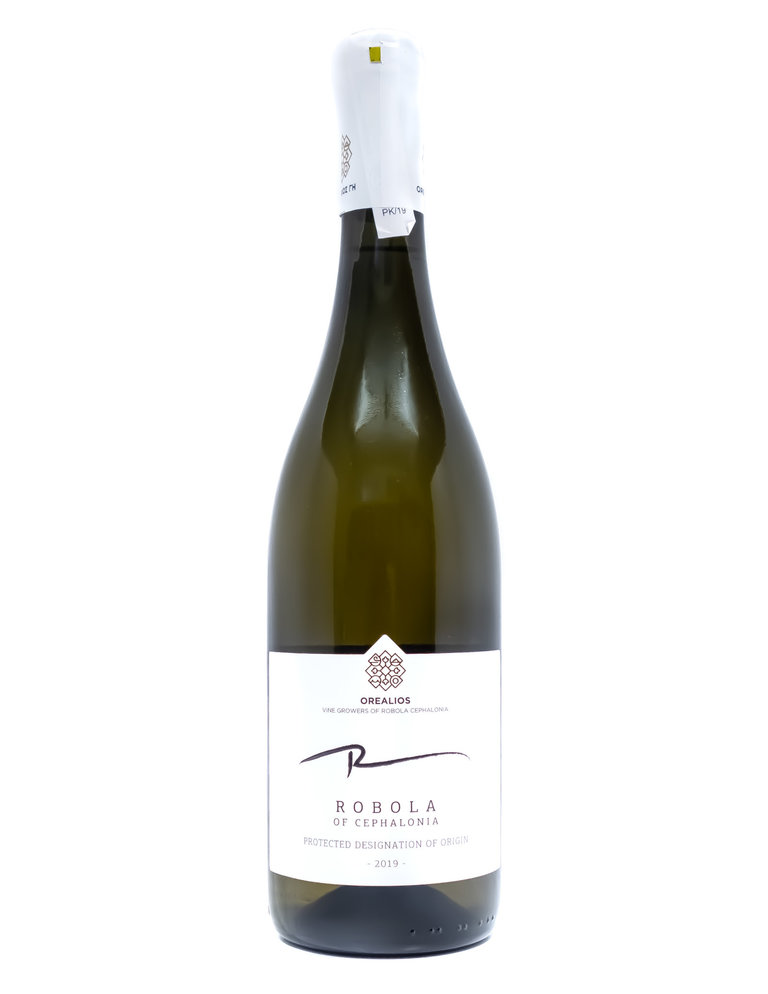 $12.99
Out of stock
Orealios Gaea Robola of Cephalonia PDO 2019
Share this product:

Cephalonia is the largest of the Ionian Islands off the west coast of mainland Greece. Its breathtaking natural beauty has been popular since antiquity; a modern vacation destination, it was also argued to have been the Ithaca cited by Homer (rather than its neighboring island to the east of that name.) The dramatic landscape is dominated by Mt. Ainos National Park, which descends into the Plateau of Omalon, a harsh, barren landscape of steep gradients and gravelly limestone soils. This challenging terrain is also home to the robola grape (not the same or related to the Italian grape ribolla), which produces the refreshing white wine that has come to define the area. 15th century Italian conquerors called it “Vino di Sasso” (“wine of stone”), and in 1982 Greek officials gave the newly-minted wine region the name of Robola of Cephalonia PDO, in recognition of the grape’s historical and agricultural significance. The same year, dozens of winemakers from Omala and neighboring areas created the Kefalonian Robola Wine Cooperative to protect and promote the varietal. Today the cooperative is named Orealios Gaea and has grown to 300 winegrowers whose privately owned vineyards comprise approximately 80% of the 180 ha of the Robola Zone. The semi-mountainous zone lies on the slopes of Mt. Ainos, between 300-800 m in elevation, which means that most viticultural work must be done by hand. While the area sees large amounts of precipitation during the winter, the summer brings dry, often water-less days, and bracingly cold nights due to breezes off the Ionian Sea. As one might expect, this white wine is light and refreshing, with juicy notes of green apple, pear, and hints of white flowers and crushed seashells. Perfect for washing down some fish tacos.