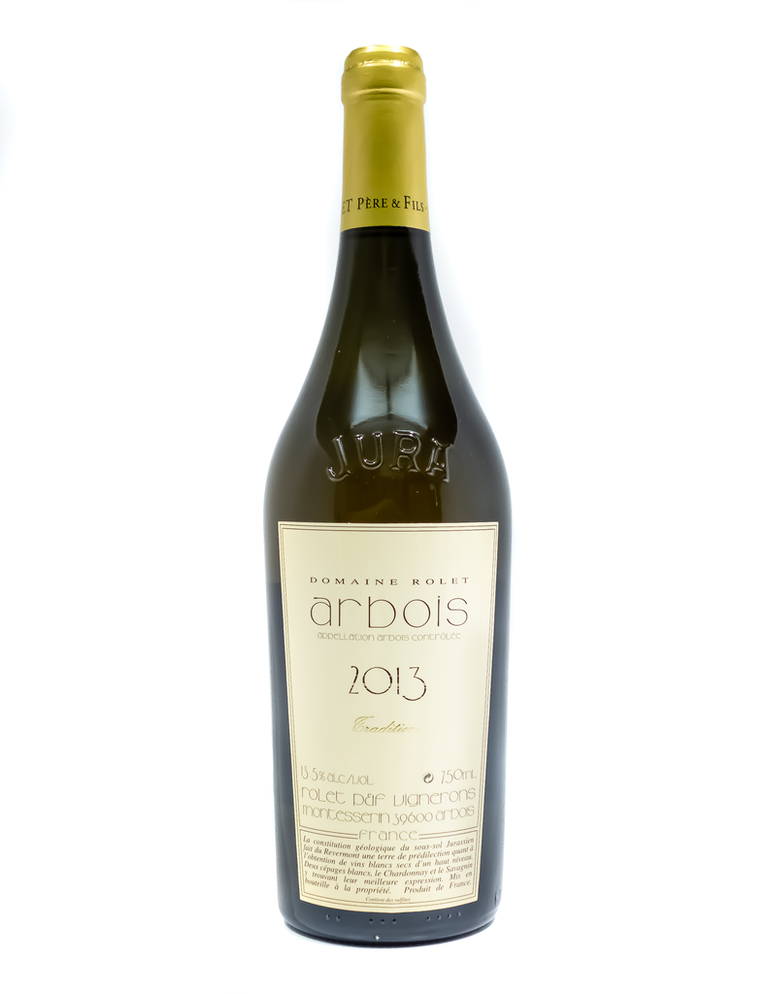 In an area primarily run by négociants, the Rolet family sustainably farms and bottles their own wine across three AOCs: Arbois, Côtes du Jura, and L'Étoile, growing a wide variety of grapes traditional to the region. Established in the early 1940s by Désiré Rolet, the vineyards are farmed using sustainable practices and hand harvested. Located in eastern France near the border with Switzerland, the clay and limestone vineyards of the Jura are separated from other regions by the forested Jura Mountains which has assisted in allowing certain traditional wine styles and grapes to persist in the region. (In case you were wondering: the Jurassic period, roughly 200 to 150 million years ago, was named after the Jura mountains, where limestone deposits of the era were first discovered.) Vineyards in the Jura usually sit on the lower slopes of the mountains, and draw particular character from the limestone. This is a blend of 50% chardonnay and 50% savagnin, which are fermented and aged separately before blending three months prior to bottling. The savagnin develops a voile (film of yeast similar to the flor in Sherry), preventing further oxidation and creating a very complex final wine. You’ll find similarities to the region’s famous and very expensive Vin Jaunes in this less intense, but beautifully aromatic and intriguing white, with notes of dried orchard fruits, toasted nuts, and a saline, savory finish. Organically grown.