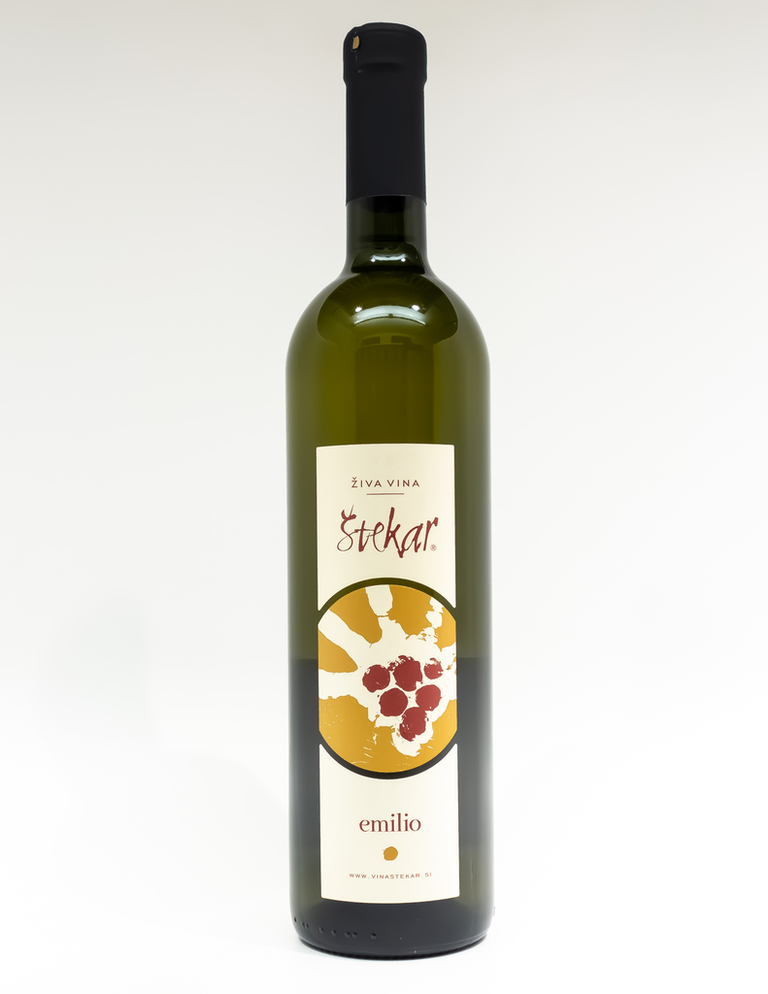 On the northeastern Italian border, at the foothills of the Alps and 15 miles from the Adriatic sits the Goriška Brda region of Slovenia (‘Collio’ in Italian). This area of Slovenia is a border zone that was once part of the Hapsburg empire, and the hilly, rugged terrain is marked with monuments to both world wars. Unfortunately, when Slovenia became part of the Socialist Federal Republic of Yugoslavia in the late 1940s, wine production suffered from the state-run “quantity over quality” approach. Upon gaining independence in 1991, private production resumed, indigenous grapes were replanted, and focus on terroir has intensified. Štekar winery has been producing red and white wines made in the traditional manner, with extended skin contact and little or no sulfur added, since 1985. Starting with 5 hectares of vines and growing to 10 hectares, the vines are all planted on steep slopes at an altitude of 180 meters and grown organically in soils rich in marl. Today, Roman Štekar’s son, Jure, is the winemaker, continuing the family commitment to the traditions of the area. The “Cuvée Emilio” is 100% tocai friulano, an Italian grape, and it is hazy peach in color with firm tannins, dried fruit notes, and a hint of barnyard. Organically grown, low-intervention/natural wine, vegan.