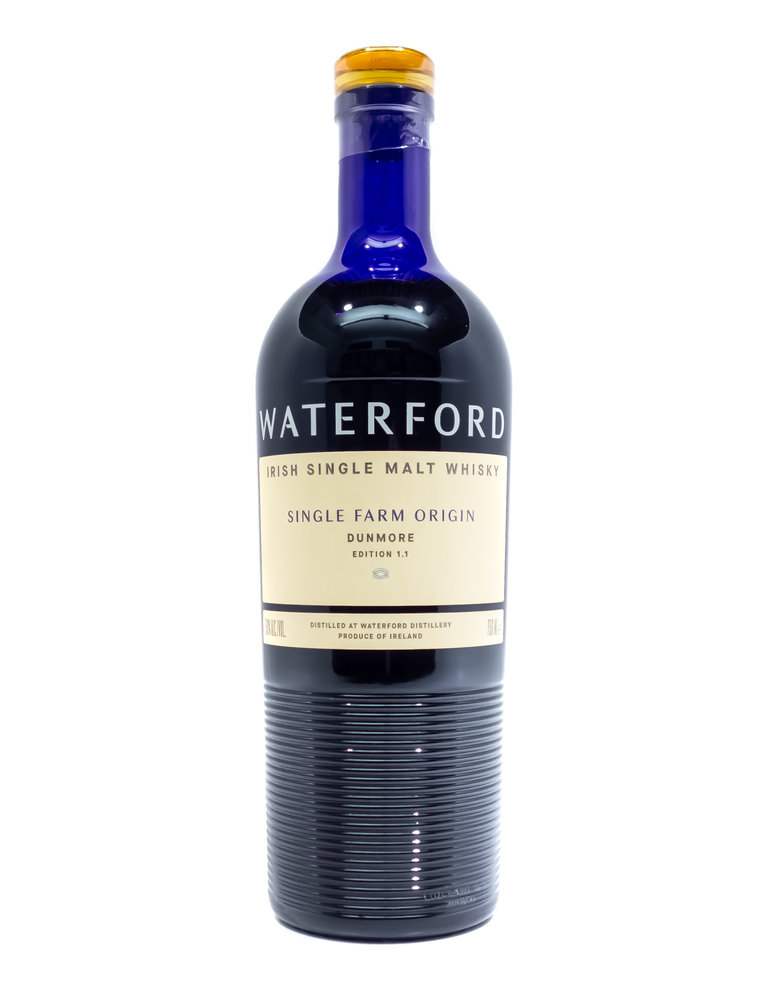 The Dunmore bottling is made from barley grown by John Tynan in County Laois, on a westerly-facing, lowland terroir by an ancient medieval fort - Dún Mór, Big Fort. Distilled in 2016, it spends 1447 days aging in cask (35% American Used, 35% American New, 25% French oak, 20% Vin doux natural (sweet wine cask). Spicy shortbread, lemon pound cake, and light ginger (gingersnap) notes on the nose are followed by some apple-quince preserve, orange zest malted-barley musk. The palate is richer and you get a real feel for the depth of flavor in this exquisitely farmed barley.

Housed in a former Guiness Brewery, Waterford Distillery is squarely focused on the influence of terroir on whisky, sourcing barley from single farms and distilling them in single batches, as one would produce wine from a single grand cru vineyard in Burgundy. Waterford is also the first distillery to produce a whisky from certified organic barley, which they have named 'Gaia'.