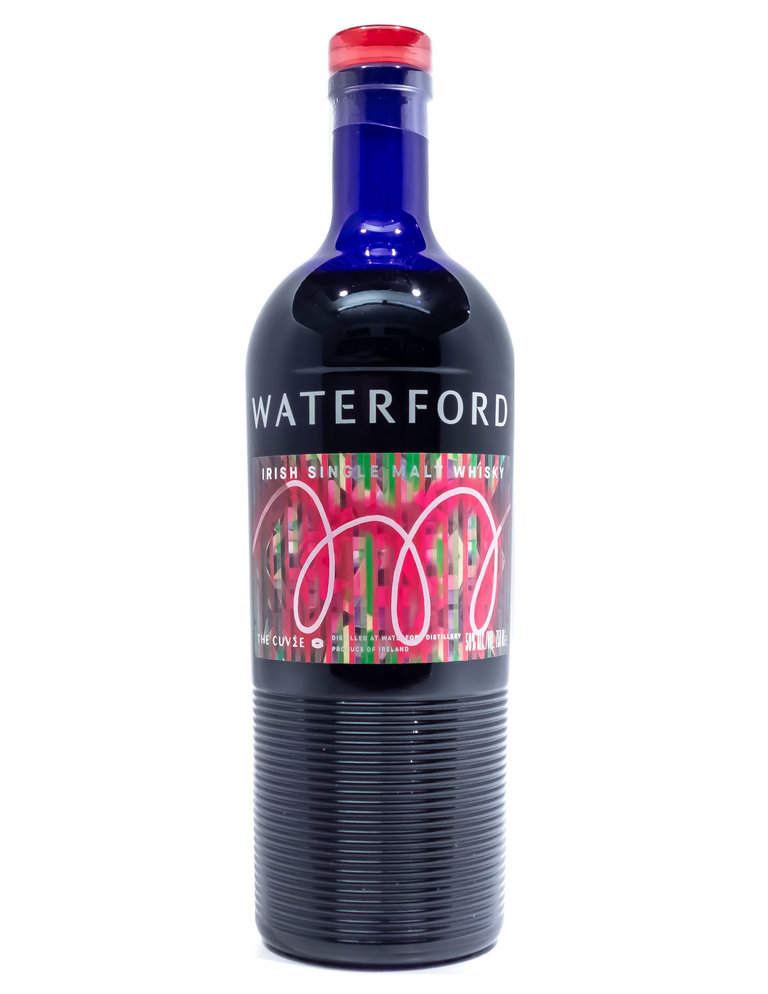 Housed in a former Guinness Brewery, Waterford Distillery is squarely focused on the influence of terroir on whisky, sourcing barley from single farms and distilling them in single batches, as one would produce wine from a single grand cru vineyard in Burgundy. Waterford is also the first distillery to produce a whisky from certified organic barley, which they have named 'Gaia'.

‘The Cuvée’ is a blend of 25 unique Waterford Single Farm Origin whiskies, inspired by the winemaking traditions of Bordeaux’s famed chateaux. Each of the 25 Single Farm Origin whiskies is an individual Waterford Single Malt in its own right, reflective of the distinct terroirs of southern Ireland, made from Irish-grown barley which is harvested, malted, and distilled separately. Just as the finest Bordeaux wines are made by blending several complete individual wines together, here too the whole equals more than the sum of its parts, in keeping with Waterford’s stated goal to “create the most complex and profound single malt possible.” Head Distiller Ned Gahan deftly blended together 25 individually-distilled Single Farm Origins, aged in a combination of American and French oak barrels. ‘The Cuvée’ unfurls layer upon layer of warm shortbread, red apples, oranges, coffee cake, and fresh leafy and stemmy herbs including lavender and mint. A textured, oily palate unveils flourishes of citrus zest, dark chocolate, preserved cherry, and baked oats, on a finish of extraordinary length and complexity. This totally natural whisky is bottled at 50% ABV with no chill-filtration or added coloring.