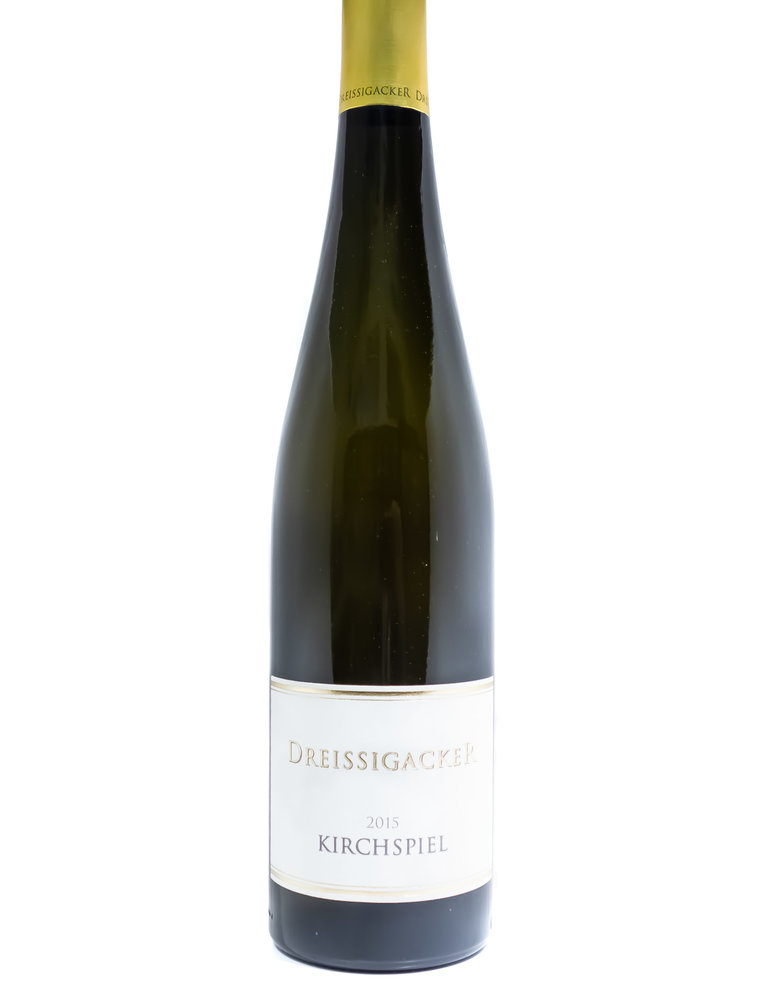 The Kirchspiel site is a sheltered amphitheater of pure limestone subsoil beneath clay and marl. Vines face east and southeast towards the Rhine. Dreissigacker shares this site with the legendary Klaus-Peter Keller, and this cuvée is essentially a declassified GG. In contrast to the smoky, starchy texture of the Geyersberg, the Kirchspiel is salty and crunchy, with impressive length. Incredibly expressive and focused, this is linear and lengthy. The fruit and acid are turned way up here, leaning towards concentrated/preserved fruits - think grapefruit marmalade or apricot coulis, with a definite citrus presence of makrut lime, yuzu, sudachi, and lemongrass. The long, hefty finish is savory and saline, with flinty mineral notes. Certified organic, low-intervention/natural wine, vegan.