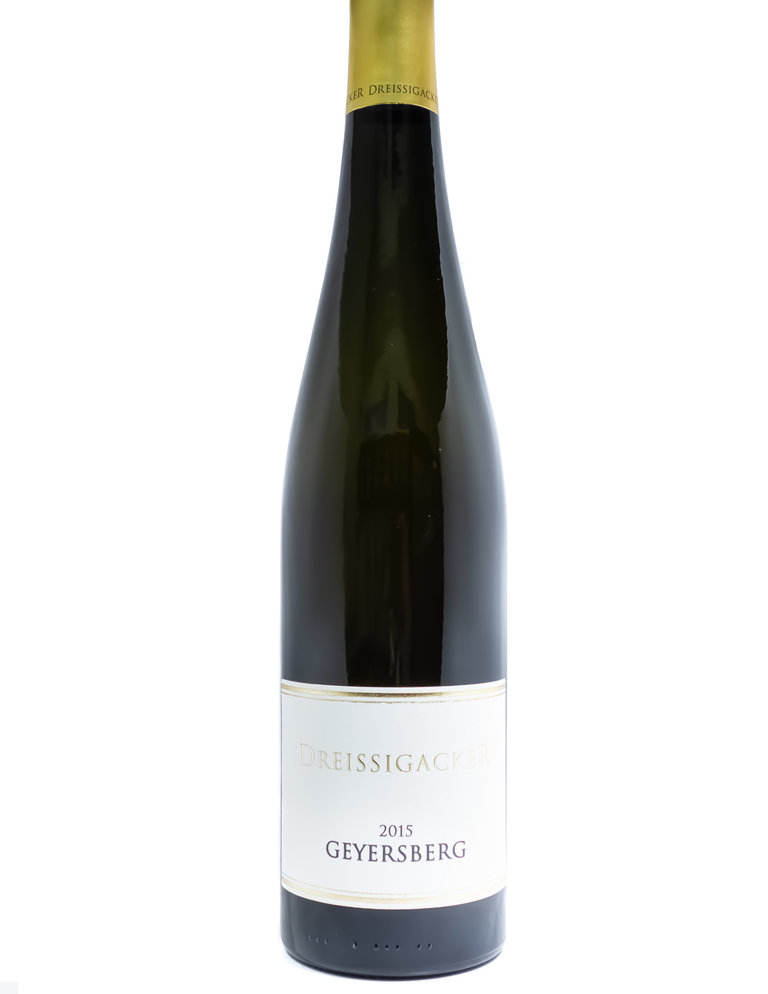 The Geyersberg site typically ripens earlier than other sites in Westhofen and Bechtheim, and harvest is incredibly selective. Yields are dramatically reduced, resulting in a wine of intense concentration and focus. 70% of this wine is fermented in stainless steel, and 30% in neutral oak barrel. Generous aromas of petrol and stone fruit open the show, setting the palate up for what’s to come. This has a TON of exuberant acidity combined with a powerful, mouth-coating texture. Focused, concentrated flavors of ripe and dried peach, apricot, guava, tangy pineapple, and a squeeze of fresh citrus wrap around the palate, while a touch of smokiness (evocative of fire-roasted sweet corn) starts off a finish that goes on for ages. Certified organic, low-intervention/natural wine, vegan.