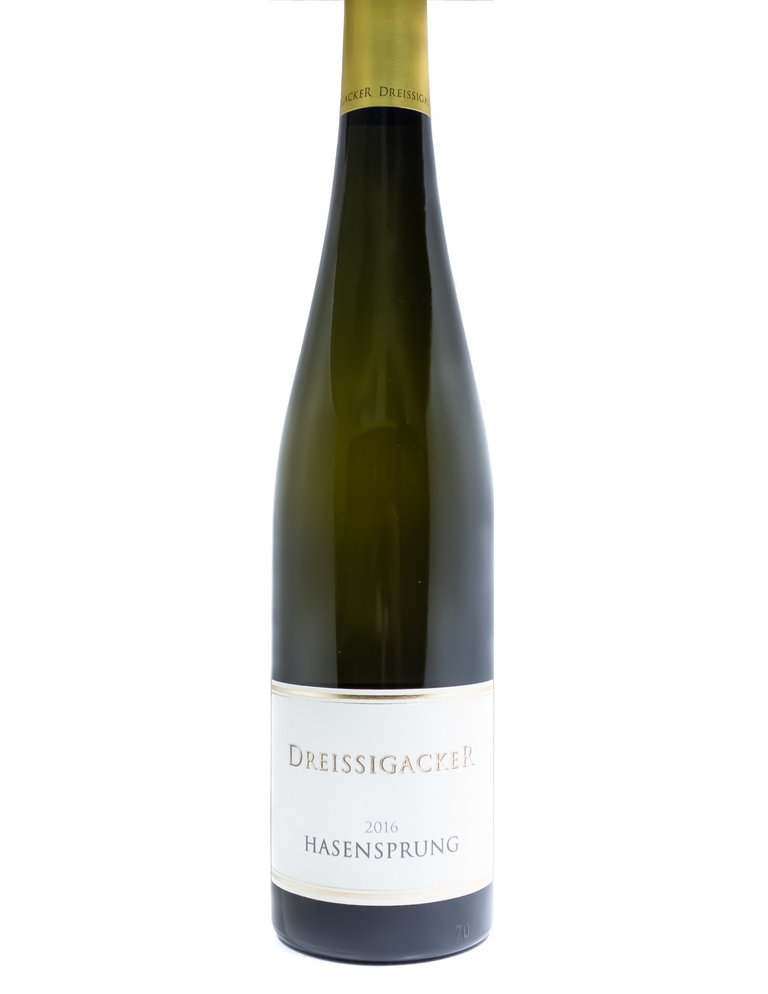 Dreissigacker draws from a cluster of vineyards in the heart of the Rheinhessen area, each with its own character. Though this Hasensprung release serves as an entry-level wine for the estate, it nevertheless represents a single vineyard and expresses that unique terroir. Hasensprung sits on primarily clay soil, covered with a topsoil of loess and loam. This wine was spontaneously fermented in neutral barrique. It provides notes of petrol, waxy white flower, and ripe yellow peach and apricot, all supported by bright, mouthwatering acidity. A note of struck-flint develops in the glass, finishing with hints of hazelnut skin, and washed-rind cheese umami. Certified organic, low-intervention/natural wine, vegan.