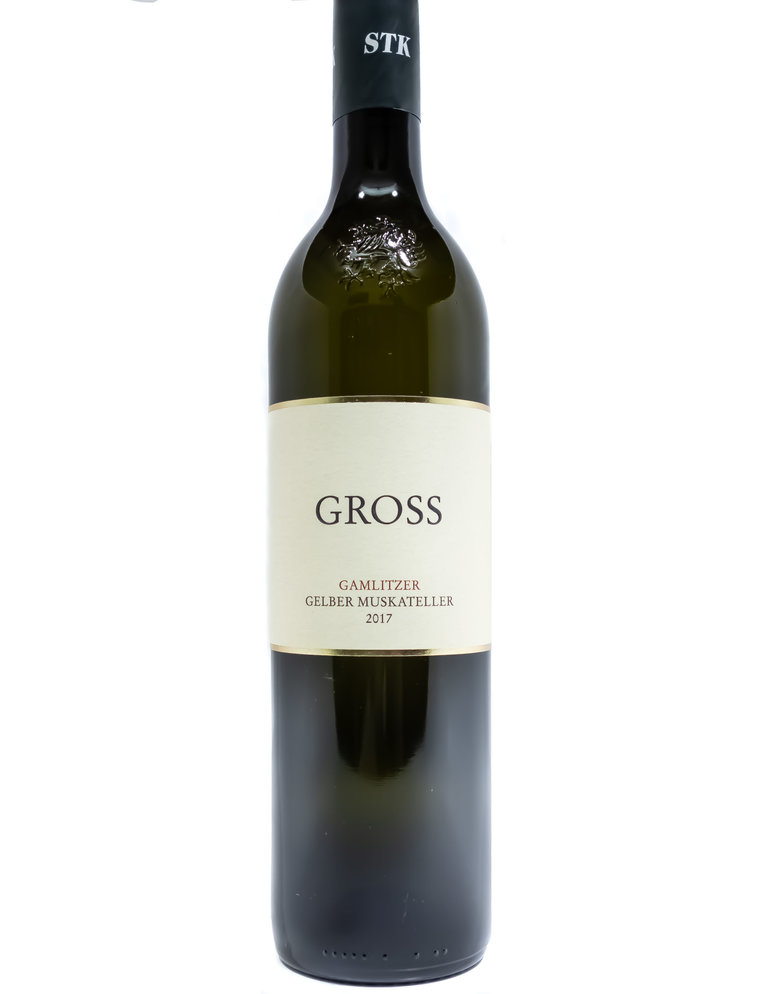 As a child, Johannes Gross wanted to become an astronaut, but it soon became apparent that his ties to the land and its traditions were stronger than the allure of outer space. He is now the fifth generation of his family to farm and make wine in Ratsch, an area of rolling hills on the edge of Südsteiermark. (The Gross family has been making wine for over a century and Johannes’ brother, Michael, runs Vino Gross, just across the border in Slovenia.) Their father, Alois, is regarded as a winemaking pioneer, dramatically improving the quality of wine in the region. He handed over control of Weingut Gross to Johannes when his son was 21, but continues to support and advise him.

Ratsch sits at the heart of Südsteiermark, one of three Styrian subregions, and the one best known for producing aromatic white grapes, such as sauvignon blanc, gelber muskateller, furmint, and welschriesling. It stretches east from Graz to the edge of Burgenland, and south to Austria’s border with Slovenia. (Under the Habsburgs, Styria once included part of Slovenia, but this vast viticultural area was divided when borders were redrawn after the two world wars.) Nestled between the Alps and the Adriatic, the steep terraced hillsides, fields, and forests could have come straight out of a storybook, and the blend of volcanic and sedimentary soils and climatic unpredictability all contribute to challenging, yet rewarding winemaking. The Gross family has holdings in some of the best sites in Südsteiermark, including the single vineyards of Nussberg and Sulz. The demanding terrain requires intensive hand cultivation and harvesting, while the vineyards sit at a high elevation that reflects the Alpine-Mediterranean climate, with dramatic diurnal temperature shifts that produce fresh, aromatic grapes. Techniques in the cellar are traditional, and result in wines that possess great aromatic expression, lively acidity, and a sinewy energy.

This gelber muskateller (yellow muskateller) is grown in the neighboring village of Gamlitz, on gravel and sand soils that are organically farmed. Grapes are hand harvested from vines ranging from 10-30 years in age, and are briefly macerated before being gently pressed. Spontaneous fermentation occurs in stainless steel tanks, and the wine rests on its lees for 12 months in stainless steel as well. Generous aromas of passionfruit, lychee, spiced orange peel, and exotic flowers yield to a round palate of tropical fruit supported by a backbone that crackles with mouthwatering acidity. The finish yields touches of grapefruit pith and a savory mineral crunch. Expressive yet precise, sauvignon blanc lovers looking to shake things up a bit will find loads to love here. Organically grown, vegan.