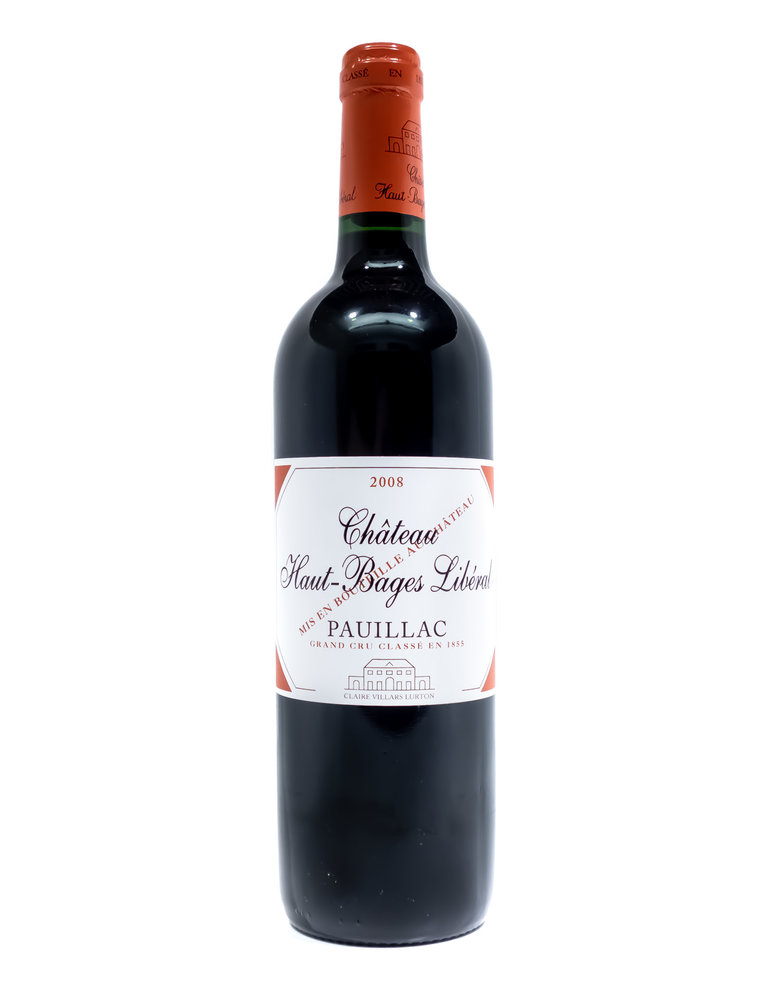 “I believe, an’ please your honour, quoth the corporal, that if it had not been for … the claret and cinnamon with which I plied your honour …”  —Tristram Shandy

Let us look forward to, one day, gathering by the fireside to recount the travails of 2020, just as Uncle Toby and Corporal Trim tell of their harrowing escape from the siege of Limerick. In the meantime, why not fortify your cellar with a bit of claret (and cinnamon!). Claret, of course, being the traditional English word for Bordeaux reds, in particular the cabernet-based blends from the left bank of the Gironde. Haut-Bages Libéral not only ranks among the châteaux of the original 1855 Bordeaux classification system; it also draws from a biodynamic vineyard run by a well-known female winemaker (Claire Villars Lurton), daughter of another well-known female winemaker (Bernadette Villars Merlaut). In 2008, frost in April and inopportune rain through the summer did not encourage winemakers in Bordeaux, but warm days and cool nights late in the season allowed for a healthy ripening of the grapes and good concentration of stewed-fruit flavors. With red and black berries and a touch of cherry on the finish, this vintage brings freshness and minerality, with integrated tannins and a long finish. It's drinking beautifully nicely now, though it will likely retain its liveliness through 2022. Sustainably grown, vegan.