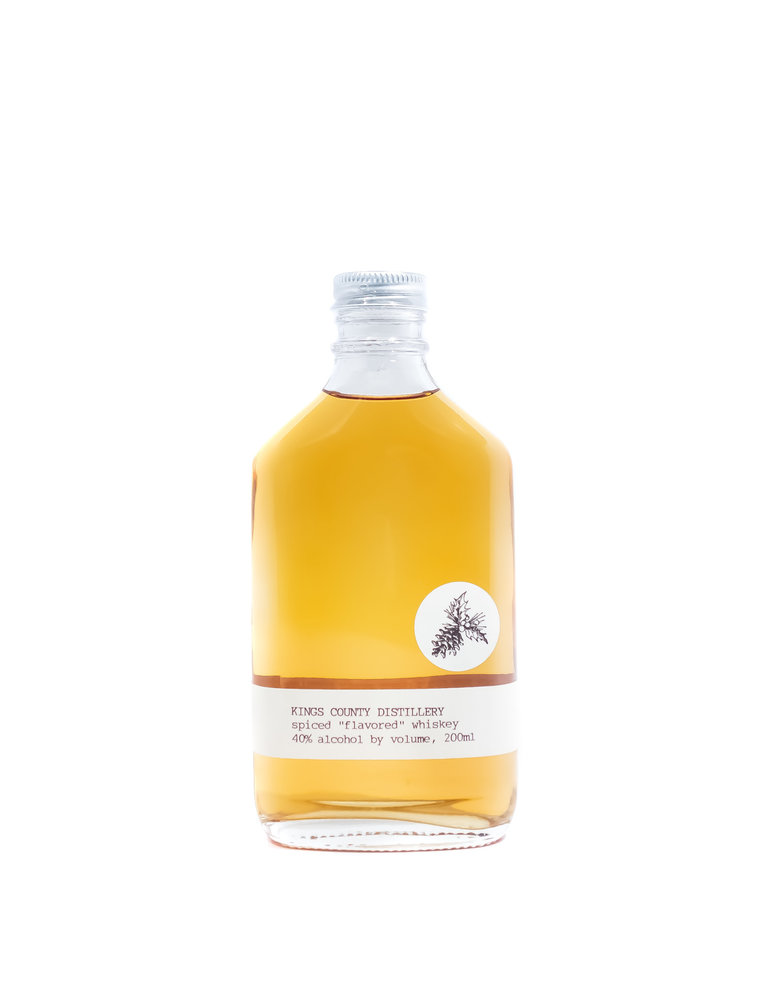 Kings County Distillery is located in the 119-year-old Paymaster Building in the historic Brooklyn Navy Yard. New York City’s first distillery to open since Prohibition, they were founded in 2010 and use New York grains and traditional distilling equipment like copper pot stills to make distinctive spirits. From humble beginnings in a 325 sq.ft. room in East Williamsburg (making them the country’s smallest commercial distillery), they moved to the Navy Yard in 2012, and have enjoyed an upward trajectory ever since. This spiced whiskey is a seasonal fall/winter release that is intended as a bold yet nuanced response to the flood of mass market cinnamon-flavored whiskies available. Infused with baking spices including cinnamon (of course!), cardamom, vanilla bean, allspice, clove, star anise, and black peppercorn, this is a great addition to any cocktail that calls for a spicy kick, like whiskey mules, hot toddies, or for spiking tea, cider, or eggnog.