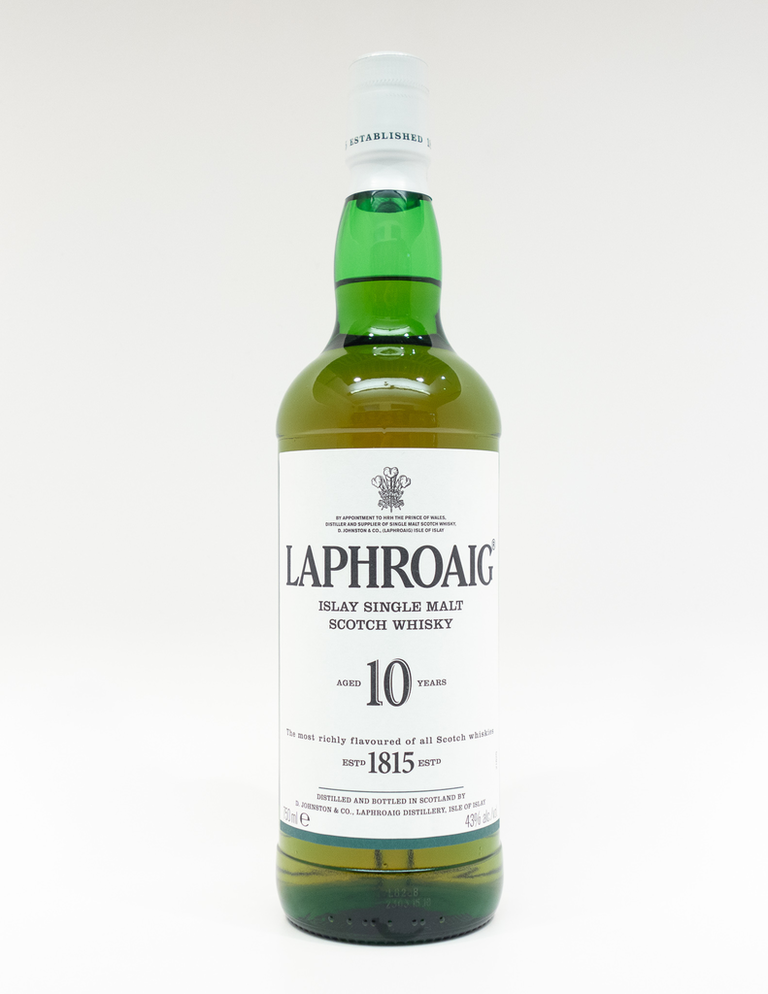 Laphroaig Distillery was founded in 1815 by farmers Donald and Alexander Johnston on the south shores of Islay. The name means “broad hollow by the bay”, and it would remain in the family’s hands for the next 139 years. Their tradition and methods have been passed down by distillery managers for over 200 years, with each adding their own elements while respecting the unique processes that make Laphroaig the whisky it is. These include water sourced from the Kilbride Stream, hand-cut peat, floor malted barley, cold-smoking kilns, mash tuns, copper stills, and the subtlety of oak influence. Their 10-Year is the original Laphroaig, and the foundation of all their other expressions. The way it is made has remained unchanged throughout its long history of production. They dry the malted barley over a peat fire, giving it its particularly rich, bold, smoky expression. It also has hints of seaweed followed by a surprising sweetness, and a long, smoky finish.