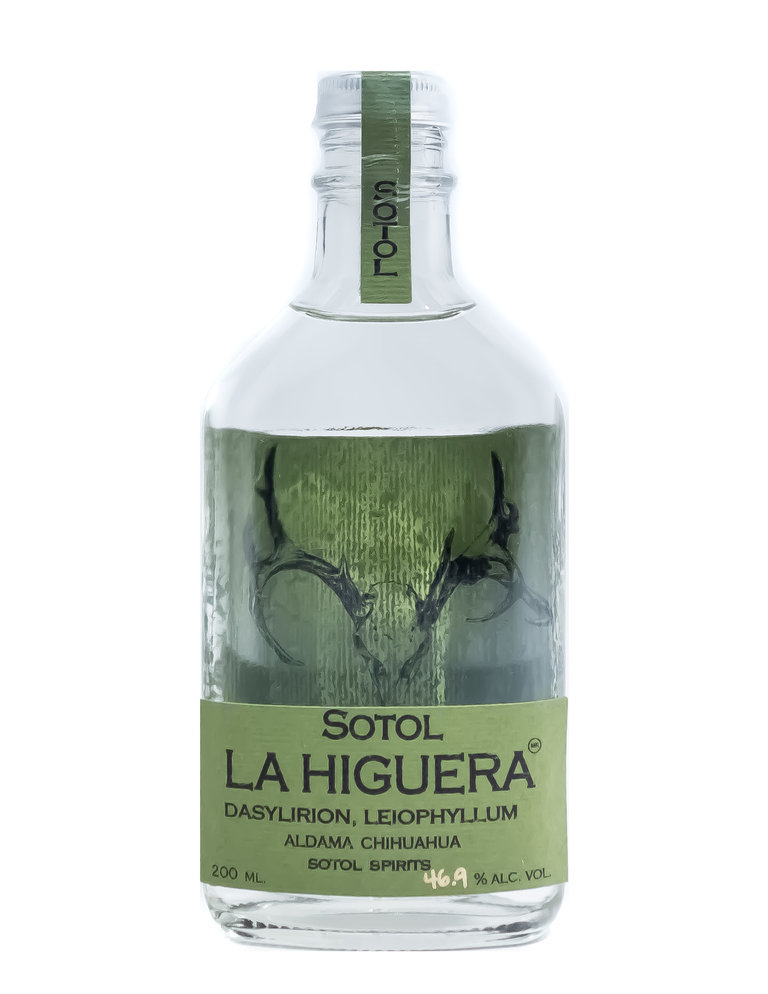 Sotol La Higuera is made by Master Sotolero Gerardo Ruelas in Aldama, Chihuahua. Sotol is similar in character to tequila and mezcal, but the plant from which it is made is not a member of the agave family (contrary to previous belief). Dasylirion is commonly known as the Desert Spoon plant in English (sotol in Spanish), and is the state drink of Chihuahua, Durango, and Coahuila. It is produced in a manner similar to the more common artisanal mezcals of central Mexico. The sotol plants are cooked in an outdoor conical oven fired with wood and rocks before being fermented with wild yeasts in 1,000L pine vats. It is then double distilled in alembic copper stills. This bottle is made from the varietal Dasylirion leiophyllum, and offers herbal aromas of cedar, eucalyptus, and pine smoke. The palate provides fruity, meaty notes and finishes with touches of earth, sage, and spice.