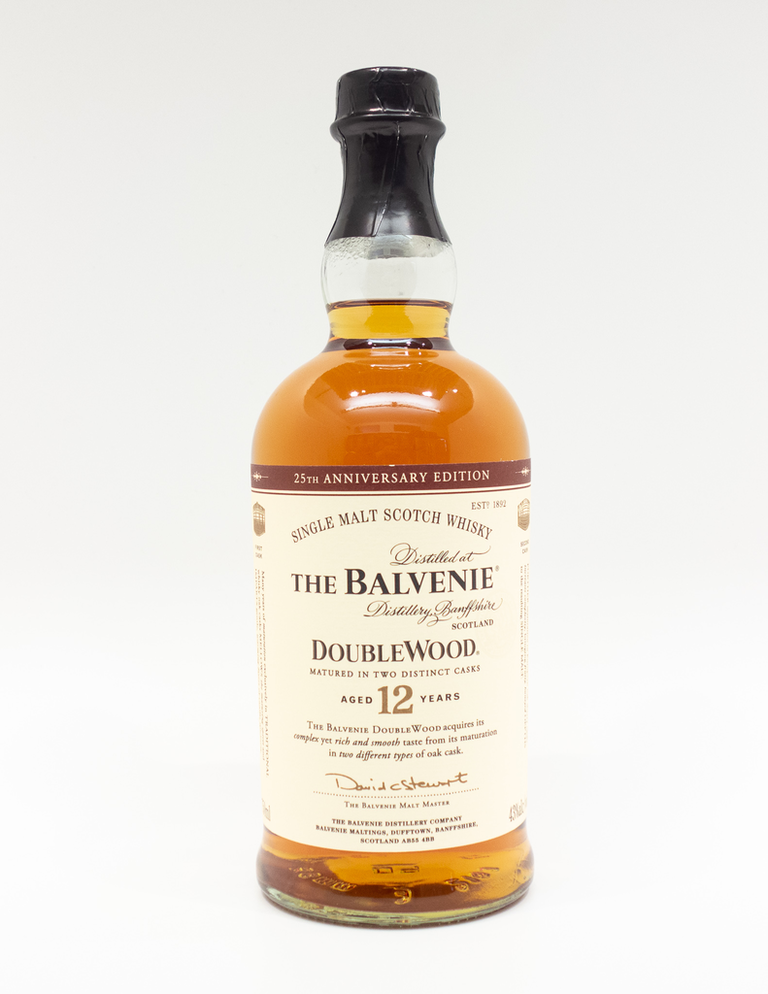 The Balvenie has been around since 1892, and are the last remaining distillery in Scotland that still grows their own barley. They use traditional floor maltings and keep a coppersmith and a team of coopers on site, making sure every step of production is carried out to perfection. They have had a few different owners, but Malt Master David C. Stewart has been with them for decades. The 12-Year Doublewood Single Malt has been in production for 26 years, and was among the first to do “wood finishing”. The whisky spends 12 years in spent American Oak bourbon barrels, and is then moved to used Spanish Oloroso sherry casks for nine months at the end of its maturation. “The traditional casks soften and add delicate character, the sherry wood brings depth and fullness of flavour and the final few months in [their] tuns allow the whiskies to marry harmoniously.” It shows sweet fruit and Oloroso sherry notes on the nose, layered with honey and vanilla, with those flavors following through on the smooth and mellow palate.